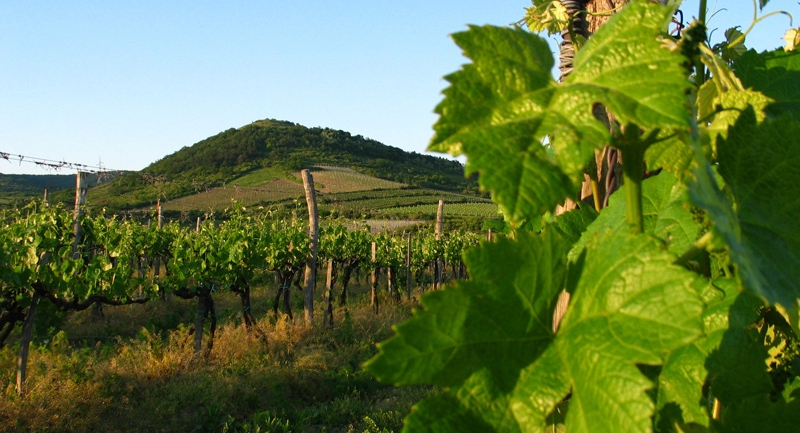 According to the strategy, only quality sweet wines, in particular Eszencia and Aszú should carry the name Tokaji going forward, with low-priced wines being deprived of the name 'Tokaji' and the Tokaj region designation.  Drawing from data gathered through multiple survey methodologies, studies found that the primary foreign markets of the wines produced in one of the world’s oldest wine region are the United States, China and the United Kingdom along with the well-established markets in Central and Eastern Europe.

“In 2013 we committed ourselves to launching a comprehensive reform of the wine region by introducing more stringent regulations to significantly improve the general quality of Tokaj wines and by restructuring Tokaj Trading House, which plays an integrator role in the wine region, to ensure that all producers can benefit from the quality rejuvenation. In addition, improvements will be extended over and beyond the vineyards and coordinated by the Tokaj Wine Region Development Council and its work group. We also undertook to identify the global markets where Tokaj products could be sold best. I believe that we have achieved palpable results in all areas”, said András Tombor, Chairman of the Tokaj Wine Region Development Council at a press conference earlier this summer.

A consortium led by global brand consultancy company Claessens developed strategic guidelines built on the results of a survey involving 62,000 respondents from 10 countries as well as feedback and proposals from a range of local producers. The implementation of the guidelines can help make Tokaj wines a worldwide success.  “While the implementation of the guidelines will bring major changes, this is the only way to ensure long-term competitiveness for the Tokaj Wine Region and the wines produced here and to attract high numbers of tourists into the region”, the Chairman added.

According to the proposed guidelines, only Eszencia and Aszú should be marketed under the name "Tokaji" going forward. Late Harvest wines and the same category Szamorodni should also be marketed as "Tokaji" but under a new, grand-sounding name that has a positive marketing effect in global markets. Furthermore, dry Furmints and off-dry wines, which are gaining increasing popularity worldwide, should use the designation “produced in the Tokaj Wine Region”, while formerly produced “semi-sweet” wines should not carry any of the above designations.

As part of comprehensive quality rejuvenation efforts, regulations have previously been made more stringent in the wine region.  To improve general quality, a comprehensive survey of terroir and vineyards was also launched in the region; the latter has already been completed at the buying areas of the Trading House and data will be available for the entire wine region by July.  “The regulations introduced in 2013 create a clear and transparent image of Tokaj wines and help strongly improve their general quality.  It can be further strengthened by the wine region's translating the recently drafted strategic guidelines into the regulations”, András Tombor pointed out.

According to speakers at the press conference, dry Furmints may take a flagship role alongside Aszú wines going forward as there is an increasing demand for dry Furmints in the global markets. According to estimations, by 2020 Furmints will account for 60 to 65 percent of total production in the Tokaj Wine Region and about 52 to 57 percent of total produced value. By the same date, Aszú and Late Harvest wines will cover 13 to 18 percent of total production, but because of their higher prices they will account for 27 to 35 percent of revenues. The survey clearly identified the markets where most profits can be generated: these are the United States, China and the United Kingdom. In the Asian country sweet wines have a broad fan base, while in the two Anglo-Saxon countries experts expect good results from both sweet and dry Tokaj wines. According to the comprehensive survey, due to differences in tastes, 40 percent of Tokaji Eszencia and 30 percent of Aszú intended for export could be sold in China. Sales for these products could be 25 percent and 10 percent respectively both in the United States and in the United Kingdom. China is one of the most important target markets as 20 percent of Chinese sweet wine consumers are already familiar with Tokaji Aszú. In addition, the Chinese have sufficient buying power since, of the countries surveyed, wine consumers in China spend the highest amount of money – about EUR 90 per month – on wines bought for home consumption.

The integrator of Tokaj

Concurrently with the regional restructuring, the biggest winery of the region (accounting for about 40 percent of the wine region's total production) will also be renewed.  As a result of an investment program being implemented at the Trading House, the state winery will use the most cutting edge wine making technology in Central Europe, which is a proof of its ability to make wines in consistently high quality. The improved general quality will then “pull along” the entire region, since quality improvement at the winery present in the global market with the highest sold quantity can directly shape the quality image of Tokaj, helping to increase the sales price and grow the profitability of quality wines produced in the region.

The Tokaj Marketing Board, currently under formation, will be responsible for translating the regional strategy related guidelines proposed by the Claessens-led consortium into the practice of the wine region. “There is a broad agreement in that the Tokaj product line is far too complex and it should be systemized in a process driven by quality improvement. During the consultations we are working to incorporate the elements of the strategic proposal into our daily operations and also into the regulations, if required”, László Mészáros, Estate Manager of Disznókő Vineyard and member of the Tokaj Marketing Board said.

During June, the Board will engage in consultations and discussions with the players of the wine region to further refine Claessens recommendations for product strategy and the use of the Tokaj brand name. The consultations across the wine region and the preparations for further changes in regulations will be coordinated by Board Members of the Mountain Village Council of the Tokaj Wine Region László Mészáros and Péter Molnár, Managing Director of Patricius Winery.

Tokaj Wine Region is a prominent region in Hungary and the creation of programs and development plans that fit in with its socio-economic status and environmental conditions is very important.  To this end, based on the amendment of the Act on Regional Development and Planning in February 2014, the Ministry for National Economy initiated the foundation of the Tokaj Wine Region Development Council. The Council’s priority task is to ensure that the Tokaj Wine Region receives a fair share of EU funds available in the 2014–2020 development period in line with the Government’s intentions. The BOR-VIDÉK Tokaj-Hegyalja National Program set forth a number of development goals for the Tokaj Wine Region. The most important development priorities include comprehensive infrastructure development, the launch of complex training programs in the wine region, the retention of jobs and creation of new jobs, development of small- and middle-sized enterprises and retention of young people in the region. The 12 key projects developed so far require grants in the value of HUF 13.7 billion.