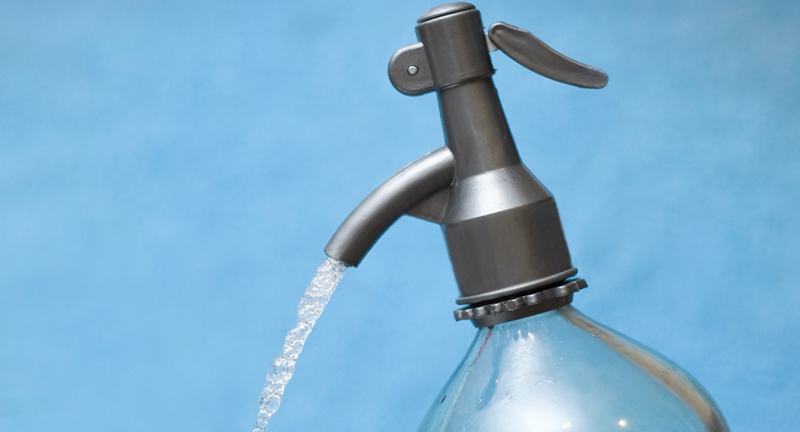 Hungarians are extremely proud of a number of great things, such as Buda Castle and Heroes’ Square in the capital, or Lake Balaton. They also have smaller, hidden treasures, which are not so spectacular, yet warm their hearts just as much. Spritzer is one of those.

The name spritzer in Hungarian originally came from the German spritzen, meaning squirt or sprinkle, and was allegedly christened by the great Hungarian poet Mihály Vörösmarty as ‘fröccs’, since he regarded the other word too German-sounding. Still, even in the 1950s there were some who ordered a ‘spricni’ in the pub. So what exactly is a ‘spricni’? Well, it’s a long story. To comprehend the complex and colourful existence of a spritzer the inexperienced and moreover female author first turned to her father to obtain an authentically expert opinion, spiked with the practical experience of long decades. Then she also visited a ‘spritzer institution’ so that following the subjective impressions of individual consumers she could seek the objective opinion of professional mixers. The result is the following.
In brief – if we can talk about it briefly at all – a spritzer is wine diluted with soda water. Yet spritzer – like any other gastro-artistic product – is extremely wide-ranging, only imagination can keep its diversity within bounds. However, there are some basic categories, such as the ‘long step’ containing 2 decilitres of soda and 1 of wine, and the small spritzer with 1 decilitre each of soda water and wine. Incidentally, these are also called a ‘reverse’ or a ‘whistle’. Then there is the large spritzer, involving 2 decilitres of wine and 1 of soda. Other variations are the ‘concierge’ – 3 decilitres of wine and 2 of soda water – and its deputy, the ‘viceconcierge’ in a reverse proportion. The indications are that the concierge was not as big a boozer as the landlord, who gave his name to the combination of 4 decilitres of wine and 1 of soda water. As with other areas of life, spritzology has also followed the turns of history. Behind the Iron Curtain, when landlords were out of fashion, this type of spritzer was christened the ‘block concierge’.
Then about 20 years ago, when concierges responsible for several blocks of flats disappeared, the maiden name of the drink returned. However, in Csongrád county in southern Hungary the same combination is known as a ‘buffalo’s kiss’, perhaps due to its effect, for understandable reasons. This name has not been affected by the winds of time. The great Hungarian writer, Gyula Krúdy, must definitely be mentioned here. Krúdy knew rather a lot about the delights of food and drink, and perhaps it is no wonder that he added 1 decilitre of soda water to 9 decilitres of wine because he thought that in this ratio “water makes the wine laugh”. We are increasing the amount of wine and when it reaches one litre it becomes ‘clasped’ and one and a half litres constitute a ‘lantern’– when you drink this amount “you can search for your soberness with a lantern”, as was said. White wine is the basic ingredient of a spritzer, except for the ‘small’ and the ‘large hunter’, since they are made with red wine. A ‘Tisza spritzer’ is created when wine is mixed with champagne instead of soda water. Other varieties of this (not very) shortlist of spritzers include the ‘gaffer’, the ‘skint’ and the ‘raspberry’, as well as those which constitute a spritzer in name only, such as the ‘sailor’s spritzer’, a mixture of beer and rum, or the ‘postman’s spritzer’, which is a double espresso with rum. And there are spritzers which make experts only wave their hand dismissively, because they put the name of spritzer, moreover the Spritzer, to shame. One such is the ‘actor’s spritzer’, which is simply two decilitres of soda water – and lukewarm at that!