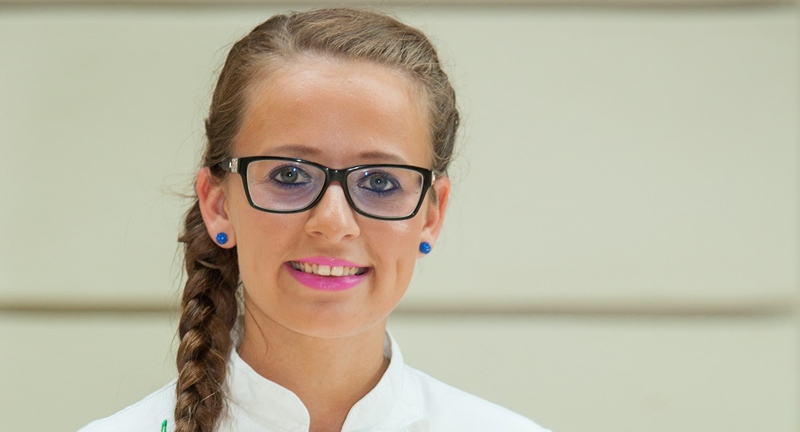 Hungary will be represented by Alexandra Pereszlényi, the young chef of Gundel and Bagolyvár at the World Championship for Young chefs on September 8th in Germany, organized by the Chaine des Rotisseurs.

For two and a half months now, since the local Chaine- competition, the young talent of Gundel has been preparing for the big day on Friday. She would like to get into the top three, but will not be disappointed with the fact that as a woman she made it to this prestigious world championship. She is practicing next to her everyday work and even on her days off and is very grateful to her colleagues and superiors who are helping her with everything - such as randomly assembled bundles of raw ingredients, as she will have to improvise at the competition.

As Attila Bándoli, the director of Gundel, said at the press conference on August 29th, the road to success is through persistent work, talent and opportunity. The historic restaurant has always prided itself as being a serious workshop, so it was obvious that they would stand beside Alexandra during her preparations, hoping that she will be an example to be followed, and to assist in attracting talented young people to the hospitality industry.

Gábor Merczi, the Executive Chef of Gundel had discovered the 25-year-old talent in an earlier Chaine competition and then plied her away from the Hilton to come and work at Gundel. As it stands, this competition is fundamentally about improvisation and work, so which makes it different than other contests, but competitors have to be able to endure stress – which of course they practice daily in their jobs.