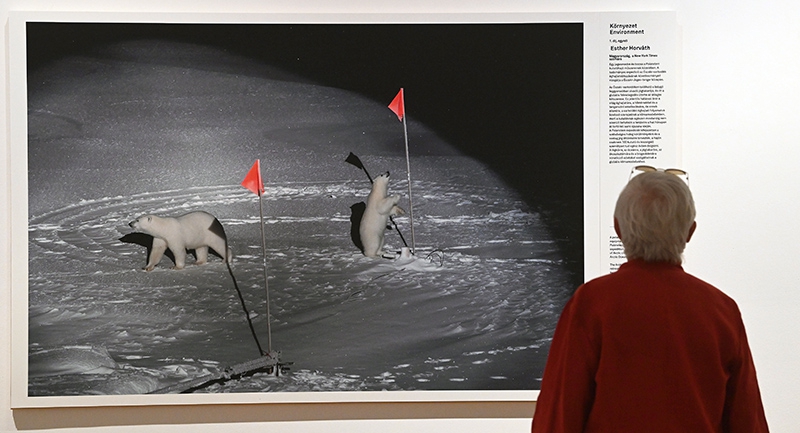 In its 63rd year, the World Press Photo exhibition is the most significant travelling exhibition dedicated entirely to photojournalism. Annually, these exhibitions attract up to 5 million people worldwide in some 50 different countries. Some locations of the 2020 worldwide tour, however, have been postponed due to the global situation surrounding the COVID-19 pandemic, and the World Press Photo Foundation’s annual Awards Show and Festival have been cancelled. “The need for visual journalism we can trust has never been greater. We believe in the power of showing and the importance of seeing high-quality visual stories, and we’ll keep on working hard to fulfil our mission: connecting the world to the stories that matter,” the jury’s message reads. Winners of the 2020 Photo Contest and the 2020 Digital Storytelling Contest - including the winner of the World Press Photo of the Year, World Press Photo Story of the Year, World Press Photo Online Video of the Year, and World Press Photo Interactive of the Year - were announced on April 16, 2020 and presented to the global audience through a wide range of online and media channels. The Stories That Matter To select the winners of the 2020 contest, an international panel of judges reviewed 73,996 photographs over a three-week period that commenced on January 12. The photos were submitted in nine categories, such as Contemporary issues, Environment, General news, Long-term projects, Nature, Portraits, Sports, Spot news, and the newest headline category introduced in 2019: Story of the year. 4,282 photographers competed from 125 countries, from whom 44 photographers were awarded, including Hungarian photographer Esther Horvath, for her photo titled ‘Polar Bear and her Cub’. Shot for The New York Times on October 10, 2019, the photo shows a polar bear and her cub come close to equipment placed by scientists from Polarstern, a ship that is part of a scientific expedition investigating the consequences of Arctic climate change, in the central Arctic Ocean. “The Arctic harbors some of the fastest-retreating sea ice on the planet and has twice the average global heating rate. This will strongly affect the global climate in terms of increasing temperatures and sea-level rise, yet Arctic climate system processes are poorly represented in climate models. This is because until now scientific missions have not been able to penetrate the region during the six-month long night of the Arctic winter. The Polarstern is the central ship of an expedition run by the Multidisciplinary drifting Observatory for the Study of Arctic Climate (MOSAiC), especially designed to withstand extremely low temperatures and break through thicker ice, enabling around 100 researchers and crew to work all year round. MOSAiC data on the atmosphere, ocean, sea ice, ecosystem and biogeochemistry will be fed into global climate models,” Horvath tells the story behind her award-winning photo in Nature category.

Top honors, the ‘World Press Photo of the Year’ went to Japanese photographer Yasuyoshi Chiba for his image ‘Straight Voice,’ of a young man, illuminated by mobile phones, reciting protest poetry while demonstrators chant slogans calling for civilian rule, during a blackout in Khartoum, Sudan, on June 19, 2019. “The place was a total blackout. Then, unexpectedly, people started clapping hands in the dark. People held up mobile phones to illuminate a young man in the center. He recited a famous protest poem, an improvised one. Between his breath, everybody shouted ‘thawra’, the word revolution in Arabic. His facial expression and voice impressed me, I couldn’t stop focusing on him and captured the moment,” Yasuyoshi Chiba says.

The Budapest Show and side events

Tamás Révész, Pulitzer Memorial Award winning Hungarian photographer has been the organizer of World Press Photo Exhibition in Budapest since he won a World Press Award himself in 1991. He says he is very proud to present the global exhibition in Hungary and see an increasing number of visitors each year. “Visitors often leave speechless, some with a tear in their eye. This year’s collection also consists of moving, sometimes very disturbing images - seeing them one after the other is a very powerful experience, even if you have followed the news through the year,” Révész says, adding that he believes that the retrospective photo exhibition is a call for tolerance, empathy and humanity. “I hope it helps us to better understand the world around us.” Hosted by the Hungarian National Museum and complete with several accompanying exhibitions and side events such as ‘Mobile Photos,’ and ‘Digital Storytelling Documentaries video screenings,’ the month-long show closes on October 25.