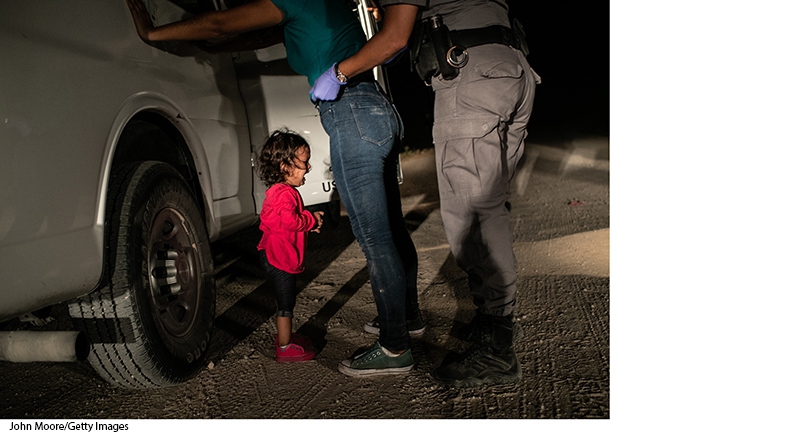 The world's most prestigious annual photo exhibition opens in town on September 19, displaying the biggest moments of last year.

Hailed as the Oscars of photojournalism, the World Press Photo exhibitions attract up to 4 million people each year worldwide in some 45 different countries. Now, in its 62nd year, the World Press Photo exhibition is the most significant travelling exhibition dedicated entirely to photojournalism, profiling the globe's top press photographers and showcasing the world's most provocative and poignant press photos. To select the winners of the 2019 contest, an international panel of judges reviewed 78,801 photographs over a three-week period that commenced on January 12. The photos were submitted in nine categories, such as Contemporary issues, Environment, General news, Long-term projects, Nature, Portraits, Sports, Spot news, and the newest headline category introduced in 2019: Story of the year. 4,738 photographers competed from 129 countries, from whom 43 photographers were awarded, including Hungarian photographer Bence Máté.

Top honor this year went to the American John Moore, a senior staff photographer and special correspondent for Getty Images, for his photo depicting a crying Honduran toddler named Yanela Sanchez while she and her mother, Sandra Sanchez, are taken into custody by US border officials in McAllen, Texas, USA, on June 12. “I think this image touched many people’s hearts, as it did mine, because it humanizes a larger story. When you see Yanela’s face, and she is more than two years old now, you really see the humanity and the fear of making such a long journey and crossing a border in the dead of night,” Moore said. After this picture was published worldwide, US Customs and Border Protection confirmed that Yanela and her mother had not been among the thousands who had been separated by US officials. Nevertheless, public outcry over the controversial practice resulted in President Donald Trump reversing the policy on June 20.

The Budapest Show and side event

Tamás Révész, Pulitzer Memorial Award winning Hungarian photographer has been the organizer of World Press Photo Exhibition in Budapest since he won a World Press Award himself in 1991. He says he is very proud to present the global exhibition in Hungary and see an increasing number of visitors each year. “In 2018, the exhibition, hosted by the Hungarian National Museum, drew the attention of more than 45,000 people, which made the Hungarian show the second most visited out of 114 global venues.” According to Révész, visitors often leave speechless, some with a tear in their eye. “This year’s collection also consists of moving, sometimes very disturbing images - seeing them one after the other is a very powerful experience, even if you have followed the news through the year.” Révész believes that the retrospective photo exhibition is a call for tolerance, empathy and humanity. “I hope it helps us to better understand the world around us.”

The month-long show closes on October 23. An accompanying exhibition will also be on show titled ‘Imagine’ by 25-year-old fine art photographer Flóra Borsi, who has been exhibited internationally with solo exhibitions in Europe and the U.S., and has taken part in the “Continental Shift” group exhibition at Saatchi Gallery. She has also exhibited at the Louvre, France. Her ethereal aesthetic has won multiple art prizes and garnered critical acclaim from press including The Guardian’s Observer and BBC Culture. Her artwork was the face of Adobe Photoshop in 2014.

‘Harvesting Frogs’ Legs’, taken by Hungarian photographer Bence Máté, won the 1st Prize in the Nature category of the 2019 World Press Photo contest. It depicts frogs with their legs severed and surrounded by frogspawn struggling to the surface, after being thrown back into the water in Covasna, Eastern Carpathians and Romania, in April. Frogs’ legs are frequently harvested for food in the spring, when males and females gather to mate and spawn. Legs are sometimes severed while the animal is still living. About USD 40 million worth are sold annually, with countries across the world participating in the trade. A small part of the population in the Carpathian Mountains make their living by collecting frogs’ legs in the wild and selling them.