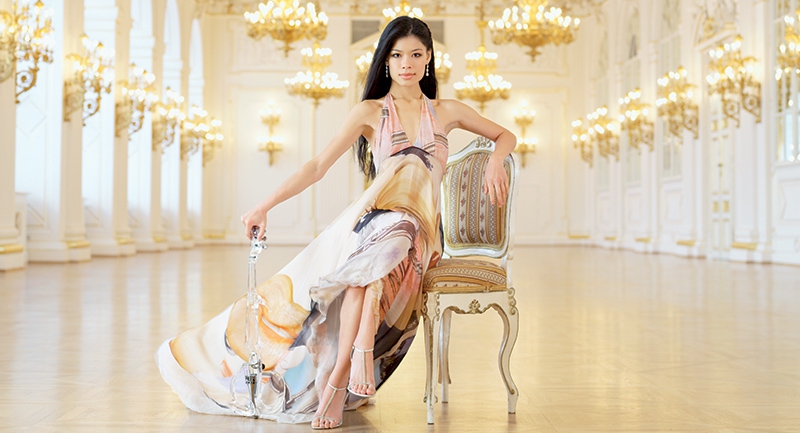 Vanessa-Mae will return to Budapest to present a spledid show on May 24 at the Budapest Sports Arena.

The former violin prodigy first picked up a fiddle at the age of four (having already started the piano a year before). She was nicknamed ‘Teeny Paganini’ when, at just eight, she became the youngest pupil at the National Conservatory of Music in Beijing, studying with Professor Lin Yao. Eventually, she returned to London and entered the London’s Royal College of Music to continue honing her technique. She made her world debut in 1988 to a sensational reception at the Schleswig Holstein Festival in Germany and made her UK debut with the Philharmonic Orchestra that same year. In 1991, at the age of 12, she was invited by the London Mozart Players to headline their Mozart Bicentenary tour of the Far East and was the youngest artist ever to play as a soloist with the orchestra. At the age of 13, she set a Guinness World Record by becoming the youngest soloist to record both the Beethoven and Tchaikovsky violin concertos. Over the years, her conservative classical style gave way to a more modern outlook and she developed her own crossover. With the release of her debut album, The Violin Player, in 1995, she become a globe-trotting star. Her brave approach of presenting the violin in a new style caused controversy among some traditionalist critics but its enormous popularity around the world established her as a world star and subsequently inspired a wave of new artists to follow in her footsteps. She has sold over 10 million albums, holds over 40 international awards for both pop and classical recordings, and her concert specials have been broadcast in over 100 countries. Vanessa-Mae is a dynamic live performer with a grueling touring program that has taken her around the world several times over. She has visited over 50 countries and performed in spectacular venues such as the Kremlin Palace in Moscow, Hyde Park in London and the Acropolis in Athens. She made her US debut in Times Square where she hopped spontaneously onto a passing yellow taxi - an explosive performance seen all over the world. She has contributed to a number of film projects, including Walt Disney Pictures’ Mulan. ABC’s Arabian Nights and recorded Roxane’s Veil, written for her by Vangelis for her album Choreography, which was later used on the soundtrack album of Oliver Stone’s film Alexander.