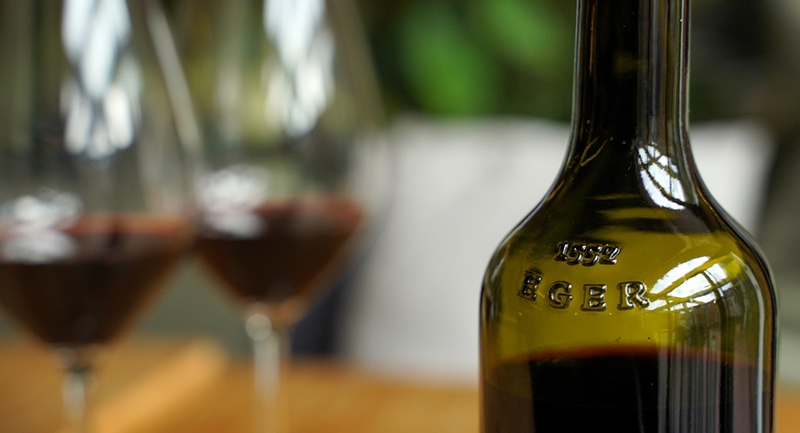 Unique Bottle for a Unique Wine

After years of development, the special bottle for the Eger wine region was launched two years ago. The latest news about the bottle with the inscription ‘1552 Eger’ is that – from now on – it can only be used for Egri Bikavérs (‘Bull’s Blood of Eger’). The creators of the bottle, the members of Eger Wine Workshop made their decision so as to make the most emblematic wine of the region easier to identify.

The shape of the bottle launched in the summer of 2019 was inspired by one that was used in the Eger wine region in the 1930s and then almost completely forgotten. The bottle was updated to conform to modern standards. The ‘1552 Eger’ inscription on the bottle honors and commemorates one of the most important events in the history of the town, the siege of the Castle of Eger where the attacks of the Ottoman army were successfully repelled by the defenders.

For a more unambiguous message
In the first two years following its launch, many customers got to know the special bottle. However, members of the Eger Wine Workshop felt that the concept needed some fine-tuning in order to make the message more unambiguous.
“There aren’t too many wine regions that can take pride in possessing an unmistakable character. To be frank, we weren’t always certain that Eger was one of them, even though we have always had Bikavér right in front of our eyes. But once Eger winemakers committed themselves to Egri Bikavér, it all became so obvious. We are witnessing a new era of self-awareness in the wine region. The Egri Bikavér bottle is a further step in this direction”, local winemaker, Tibor Gál summarizes the region’s current efforts.

Egri Bikavér only
According to the new regulations in effect, the Egri Bikavér bottle can contain nothing but Egri Bikavér. In order to strengthen the perception that the special bottle is a guarantee of consistently high quality Bikavér, the top two categories of the AOC (Appellation d'origine contrôlée, i. e. 'Designation of origin') system, the superior and grand superior Bikavérs are automatically eligible for the use of the Egri Bikavér bottle. However, wines belonging to the classic category have to pass a quality test in order to enjoy the same privilege.