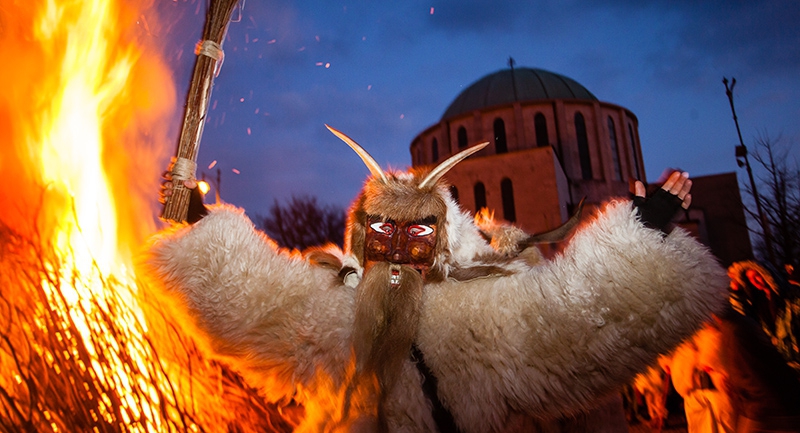 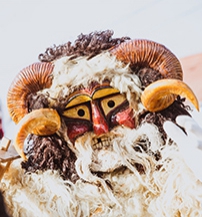 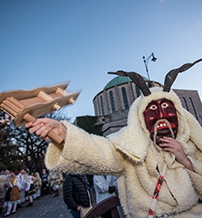 Busójárás, a pagan Hungarian heritage, is the symbolic ‘burying’ of winter and the welcoming of spring. The annual, six-day carnival will start on February 20 in the town of Mohács, 160 km south of Budapest.

Busójárás involves folk music, dance and parades featuring the Busós, that is, people wearing traditional, horned and wooden masks and sheepskin vest or jacket as costumes resembling monsters from the Hungarian folk tale heritage. They usually carry large wooden noisemakers or cowbells, and make quite a racket. At noon, the 'Busós make their way to the bank of the River Danube where they set afloat a coffin, containing a Busó costume. They burn another coffin on the main square of the town on the very last day of the festival.  Concerning the festival's roots in legends, many soldiers and residents allegedly escaped to the Mohács Island after the defeat of the Hungarian army in 1526. They decided to drive the invading Turks back from their home. As they dressed up in Busó costumes and masks, the Turks ran away in panic and fear.

Busójárás has gone through changes in past years, losing some of these traditional elements. Yet, it managed to preserve its basic symbolism. "The municipality of Mohács does everything to keep these traditions for the future generations, and not to let it turn to some wacky old bazaar,” organizers say. "Busós now have a code of ethics to follow, describing their duty and outfit. For those, who can’t make it this year, the city plans to build a “Busó House and Yard” which would be open round the year."