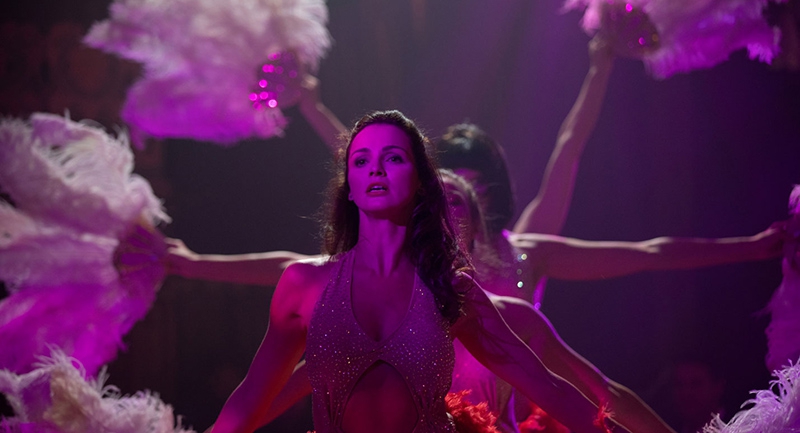 The fantastic, glittering world of revue will return to the stage of Matild Café & Cabaret from the end of October. Three evenings a week – Thursday, Friday and Saturday night – the early twentieth century Pest nightlife will be revived with live performances featuring Hungarian and international entertainers, never-before-seen night shows and a three-course dinner.

„We already knew when we renovated the palace and chose the name that we would present the most glamorous, yet most elegant night performances in Budapest”- says Selim Ölmez, General Manager of Matild Palace, a Luxury Collection Hotel, Budapest.

The Matild Café & Cabaret is an elegant and traditional Art Nouveau coffee house shining in olive-green and gold during the day, but when the night falls it transforms into a place where glamorous and vibrant night life returns within the walls.
The owners of the Palace wanted this more than a century-old café to transform for the night because of the spirit of the place, as when it operated as the ’Belvárosi Kávéház’ or later the ’Lidó Kaszinó’, similar shows were offered to the audience. When the renovation took place and the hydraulic centre stage was discovered, there was no question of renovating it and continuing the tradition. In the evenings the stage will rise so that the dancers and musicians can enchant the audience. When the heavy velvet curtains are closed, the atmosphere becomes mysterious, discreet and even a little provocative. The lighting was also designed from the very beginning to enhace this effect, so this way the glamour, the sensuality, the easiness, and the free-spirited fun can return  between the walls. A venue with a completely different atmosphere comes to life.

Matild Café & Cabaret will rewrite history every Thursday, Friday and Saturday night from the end of October. Gigi Radics, Bálint Gájer, No Romance, Latte Maffiato, Group’n’Swing are just some of the acts who will entertain during the musical dinner parties, followed by glamorous revue dance shows to top off the night. Doors will open at 8PM with a magical acrobat show, then an exclusive 3-course dinner will be served, while wonderful live concerts and dance performances will alternate. The gastronomic offerings of the night will be prepared by the local team of the American-Austrian star chef Wolfgang Puck, in the usual quality of the Matild Palace. And for those, who wish to continue the night after the show, exceptonial cocktails and the most beautiful panorama of the city awaits on top of the Palace, at The Duchess, a secret liquour library.

„The goal was to bring the perfect fusion of culinary heaven and earthly delights to Budapest. At Matild Palace, we never give less than the best. These will be the most glamorous, yet most elegant night performances of Budapest. The venue will once again become the classy, sophisticated and sparkling entertainment center of the city,” promises Selim Ölmez, General Manager of Matild Palace.