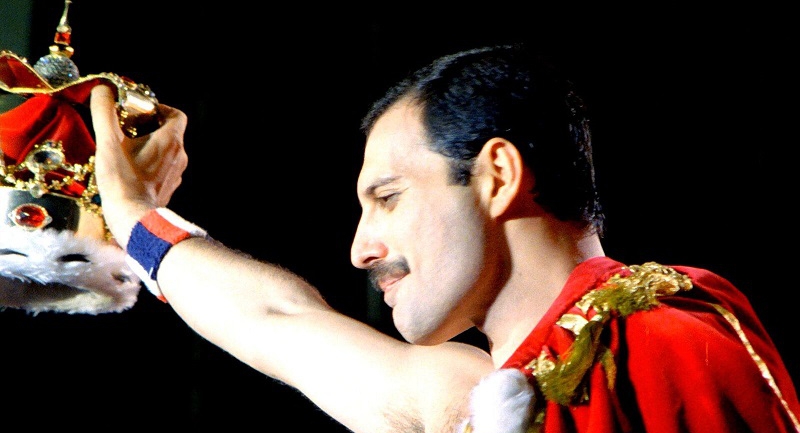 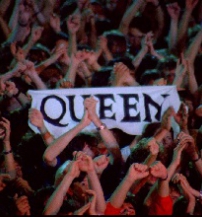 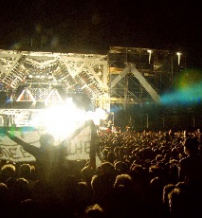 On July 27, 1986 the Queen performed in front of 80,000 people in a crowded Budapest stadium. Yes, in 1986, indeed, they performed ‘I Want to Break Free’ – behind the Iron Curtain. This summer, the movie what was shot during their stay in Budapest, will be screened at Pólus Cinema on July 27, starting at 7PM.

“Spring wind makes the waters rise, my love” – a popular Hungarian folk song goes. There’s a slight chance that you have heard its original version: “Tavaszi szél vizet áraszt, virágom, virágom”. This little song gained international fame, when Freddy Mercury performed it in Hungarian (!!!) in front of a graceful crowd of some 80,000 Hungarians during the Queen concert in Budapest. He read the text it out from his hands, with the lyrics scribed on his palm.

At the time, Hungary was firmly entrenched behind the Iron Curtain of Soviet control. Very few Western acts had managed to convince the authorities that they should be allowed to play, though Dire Straits and Elton John had managed to sneak in somehow. The Queen show, on the other hand, was much larger in scale. The band had tried to get permission to perform in the USSR and failed. "They thought we'd corrupt their youth or something,” Freddie Mercury quipped in a 1985 interview on Australian TV.

Concerts in Czechoslovakia and the USSR were reportedly discussed at that point, but the show in Hungary ended up being the only eastern stop on the tour. Queen was fully prepared to lose money on the venture, but that wasn’t the point, according to the band. Songwriter and drummer Roger Taylor told the press that they were doing it for “a tremendous feeling of job satisfaction.” In fact, Queen wrote history with their Magic tour: with three years to go before the fall of the Berlin Wall, this was the largest concert ever staged at the Népstadion, Budapest, and the first Western rock concert to take place behind the Iron Curtain.

The band travelled from Vienna to the Hungarian capital down the Danube on a hydrofoil, the one last used by Mikhail Gorbachev. Since rock concerts were so unusual in Hungary at this point in history, newspapers published sections on rock concert etiquette for the days leading up to the show. The band wondered how the audience would react to the show (particularly the pyrotechnics), but Hungarians were more or less no different than any other, and they sang along with Love Of My Life like audiences in virtually every other country Queen had played in.

The concert held such significance to the Hungarian authorities that an unprecedented collaboration of Hungary's top film cameraman and technicians were formed to record it. The gear used (including seventeen 35mm cameras and 25 miles of film) was all the available gear in the country… A full feature movie was also shot. Starring Freddie Mercury, Brian May, Roger Taylor and John Deacon, “Queen Live in Budapest” featured the band members taking day trips into the country, including race-car driving, hot-air balloons, visits to the Royal Castle, Mercury buying up half the inventory in all the city’s antique shops. “The result is an 80-minute performance to 80,000 fans of the era-defining glam rockers at the height of their powers,” remarks Caroline Frost in her article for Huffington Post, on the release of the concert film in 2012. Entitled 'Hungarian Rhapsody: Queen Live in Budapest ’86', the film played in cinemas and theatres in over 30 territories worldwide, screened in all major cities, around 100 cinemas in the U.K. alone. “The film includes intimate snapshots, the kind of revelations all rock fans love - such as who contributed what to the band, and the fact that Freddie may have been the biggest show-off of all when they were on stage but, during the production process, he was the unexpected peacemaker in a room full of talent and ego,” she writes.

What Brian May and Roger Taylor had to say on the film, is “We’re delighted that Queen fans across the world will finally have the chance to relive this amazing moment for the band. We knew a stadium concert in Budapest was ground–breaking, but hadn’t quite anticipated what a historic night it would turn out to be. The concert looks fantastic on the cinema screen in all its digitally re-mastered glory and the documentary does a great job of setting the scene – it really was an extraordinary time in the band’s history.” Well, it was extraordinary time for the Hungarians too, I’m sure.