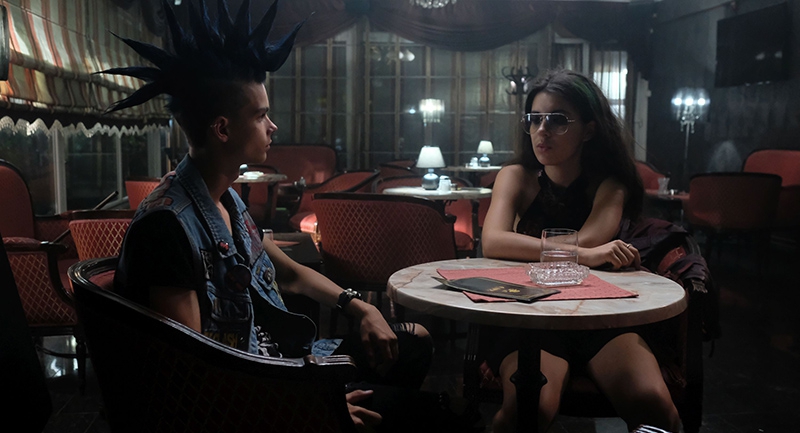 On April 23, 2020, Szabolcs Hajdu's new feature film, Treasure City, will make its debut on vimeo. As a result of the COVID-19 pandemic, the forced closure of cinemas has prompted the creators to uniquely market their recent work on an online platform.

Anyone who watches the film will be enriched not only by a meaningful experience but also by the good feeling of supporting independent Hungarian filmmakers. Szabolcs Hajdu and his team have chosen a pioneering solution for presenting their latest full-length feature film: on April 23, the film will debut on vimeo in Hungary and Romania - with optional Romanian and English subtitles.

Treasure City was realized within the framework of a special educational project in cooperation with Látókép-Production and the Filmtett Association of Kolozsvár. The crew and some of the actors consisted of highly experienced film professionals, under whose leadership the students of Romanian and Hungarian film schools could gain experience in making a feature film. "In recent years, we have led several groups for actors and directors with Orsolya Török-Illyés in a film camp organized by the Transylvanian Filmtett Association. Traditionally, short films are made during the 10 days of the camp, and essentially all film departments of film making - from actors through sound engineers to the production manager - are represented. The groups were led by experienced filmmakers. Most recently we decided to step out of the framework of the camp and create a full-length feature film with the participation of the young people in the camp. The aim was to allow those who wanted to learn and move on to try themselves in sharp situations. I originally intended the scenes as acting rehearsals and wrote them specifically for the actors, but later, when the idea of the feature film came up, I expanded these scenes, concatenated them, and beyond personal current events, such motives have also been included, which have been of great concern to the public in recent years and have generated heated social debates,” - director Szabolcs Hajdu says.

Treasure City is a film anthology with several interconnected stories. It revolves around the issue of dominance, harassment and vulnerability in different human contexts, on the border of imagination and reality, be it a marriage, a friendship, a parent-child or state-citizen relationship. The plot takes place overnight and combines four storylines: the conflict between a priest and his family; the parenting struggles of a political activist; the marriage crisis of an actor and his wife and the story of a famous theater director and her young protégé. “Although watching movies is primarily a community experience for us, and the distribution of home cinema in case of It's Not The Time Of My Life also served this, in the current situation we still felt that in our own way we could help people to spend this difficult period meaningfully. This is how the idea came that we would not wait for the revival of cinema distribution and film festivals with the Treasure City, but present it online. Last but not least, watching it is an excellent opportunity to support independent Hungarian filmmakers,” - said Orsolya Török-Illyés, one of the main characters and producers of the film.