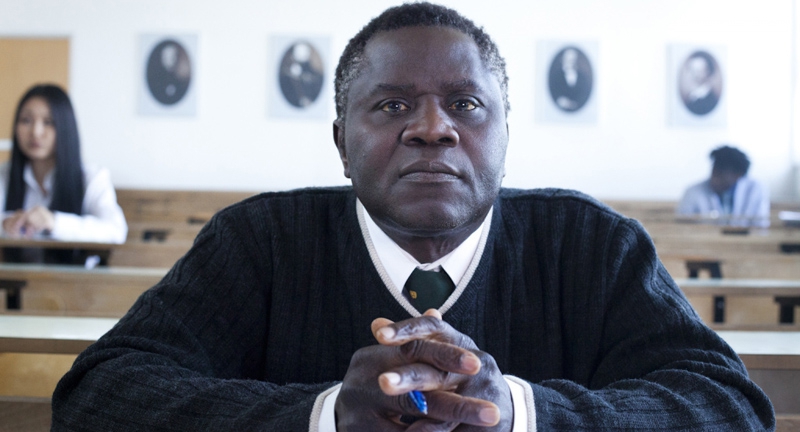 The Citizen at the cinemas

Award-winning Hungarian director Roland Vranik's film considers the many nuances of integration through the means of an unorthodox love story, poignantly dwelling on some of the most complex issues of modern society. With Spartan use of technology, a naturalistic and pared-down mise-en-scene and mostly unprofessional actors, director Roland Vranik emphasizes the complexity of human emotion and lets the universal vulnerability of the heart mirror the equally universal vulnerability of humanity. The director describes the film by asking people to imagine the main character’s experience in reverse: “Imagine that the Ukrainian conflict spreads (to Hungary), they slaughter your family, and you, with five thousand euros and a broken leg, take a boat from Croatia to Algeria. There, you start to learn Arabic, you learn about the constitution, and everything else, and you end up as a security guard in a small Algerian city at the age of 50. It’s really not quite the same thing as moving from Szeged to Debrecen (a 3-hour journey by car).”

After graduation in 1987, Roland Vranik worked on several diploma films, shorts and national/international feature films as production manager and director's assistant in Budapest. Later he worked in the Netherlands where he directed four films and collaborated in several productions made by the students of the Dutch Film Academy. In 2000, he received a grant from the Balázs Béla Studio (BBS). He directed and wrote the experimental short film DOMINATOR 2000. The same year he was Director's assistant to Béla Tarr making the Werckmeister Harmonies. The Citizen is the third feature by Roland Vranik, following Black Brush (which won Best Film at the 2005 Hungarian Film Week) and Transmission (which won awards at such festivals as Seville in 2009). He also made some 30 spots and video clips before directing his first feature film.

About the leading actor

The film’s star, Dr. Marcelo Cake-Baly himself is originally a refugee from Guinea-Bissau, and his life mirrors that of the character he plays in many respects. Fleeing war in Guinea Bissau, Cake-Baly went to Senegal, where he joined a school program that provided excellent students with a scholarship to go to Europe to complete their university studies. It was through this program that he came to Hungary. After earning a degree from Karl Marx University of Economics, Cake-Baly worked, for some time, as an economist for banks, while at the same time writing his PhD dissertation. He lost both of his positions in banking, however, due to the fact that he was not a Hungarian citizen. He eventually gained Hungarian citizenship, and has worked for Budapest Public Transportation (BKV) since 2005, after beating out dozens of other candidates. He currently helps direct the flow of traffic in the Hungarian capital. He is married with two children; the younger child, his daughter, is in 5th grade and suffers from health problems, while his older son has become involved in Hungarian politics, and is currently the director of the opposition party Dialogue for Hungary (Párbeszéd Magyarországért).

Wilson (56) is an honest, good-hearted African man has been living in Budapest for several years. He came to Hungary as a political refugee, but subsequently found a home and works as a security guard in a supermarket. He wants to become a Hungarian citizen, however he repeatedly fails the basic constitutional studies exam. His life takes an unexpected turn when his colleague recommends her sister Mari (56), a teacher of Hungarian history and culture, to him as a tutor. During their private lessons a mutual attraction unfolds between the married teacher and Wilson. The twist comes when a mysterious stranger appears at Wilson’s doorstep, Shirin (26), a pregnant Persian girl who is a refugee illegally staying in Hungary.