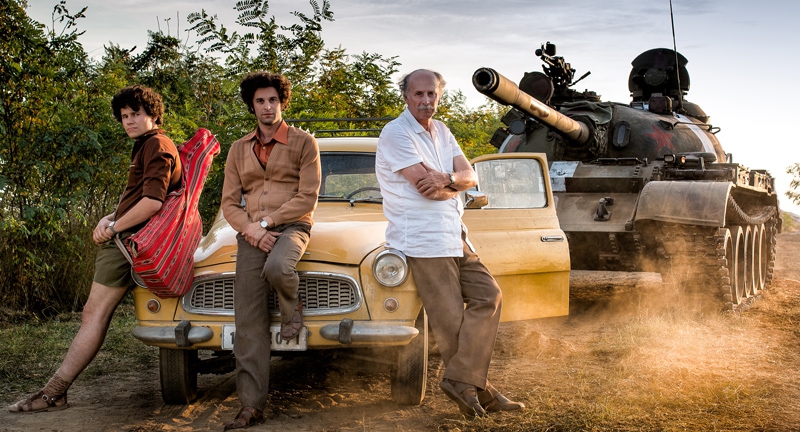 That Trip We Took with Dad

Anca Miruna Lăzărescu’s feature debut is a Cold War road-movie with some comic touches depicting the true story of the director’s ancestors. The comedy drama premiers countrywide this week.

'That Trip We Took with Dad' tells the story of a Romanian-German family caught up in the political turmoil of 1968. They start a journey from the city of Arad to the German Democratic Republic, where the older son, Mihai hopes that surgical intervention for his ailing father will restore the family’s harmony. Accompanied by Emil, the younger brother, they are caught in the aftermath of the Prague Spring, which alters their plans. Suddenly, they find themselves on the other side of the Iron Curtain in West-Germany. In just a few hours, they have to decide: to stay or to go back home? This powerful drama was made with a great heart, a good sense of humor and with an invitation to a debate the very diverse perspectives we have on the past.