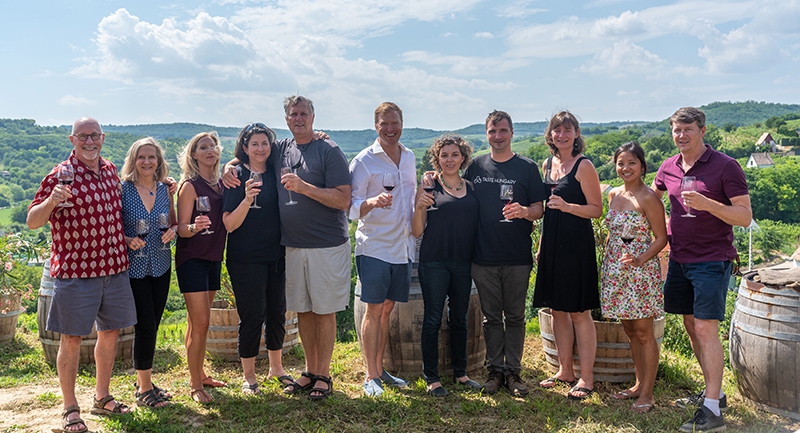 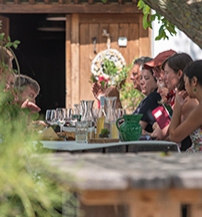 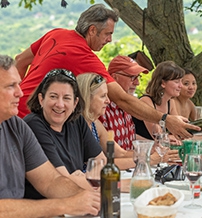 Taste Hungary, a multi-tiered Hungarian wine and tourism company, was awarded the Drinks Business Award for Best Contribution to Wine and Spirits Tourism.

“This year’s award goes to an organization that was praised for harnessing the power of social media to build a loyal community at a time when travel is tricky,” said Patrick Schmitt MW, the editor-in-chief of Drinks Business. The magazine has been recognizing achievements by the world's top drinks companies for 18 years. Typically unveiled at the London Wine Fair, this year’s award ceremony was streamed online.

Pivoting a tour company when travel is impossible

Through its various activities, Taste Hungary focuses on building an international audience for fine Hungarian wine. In a typical year, it hosts 10,000+ guests on food and wine tours, and sommeliers at The Tasting Table (their wine tasting venue) lead educational wine tastings twice daily. Taste Hungary also has a wine import and retail business in the US, which imported and sold more than 10,000 bottles of Hungarian wine in its first year. When it became clear in March that international travel would suddenly halt, Taste Hungary’s forays in different branches of the wine business helped it quickly shift focus to a new goal: bring the Hungarian wine into people’s homes (rather than bringing guests to the wine). Its audience was eager for home deliveries and unique at-home experiences, and Taste Hungary provided this in the US and EU. “This is the year that rather than hosting guests for in-person experiences, we brought Hungarian wine tourism into the living rooms of our guests,” said Taste Hungary co-owner Carolyn Bánfalvi. “From accepting the unimaginable fact that our business would be forced to shut down for so many months (and still going), to coming up with a plan B, it has been a crazy year. Our sommeliers turned into delivery guys, salesmen, and Facebook live personalities. We all really had to step out of our wine tourism comfort zone and focus on live social media events, email marketing, and wine retailing.”

The award recognizes Taste Hungary’s achievements, since the pandemic changed the concept of tourism in 2020, including launching tastehungary.eu, as well as an online wine shop which ships in Hungary and the EU, opening a new wine shop at Budapest’s District 8 (under Bródy Sándor Street 22), holding dozens of free Facebook live Hungarian wine tastings, and launching a private virtual wine tasting experience for customers in the EU and US, through which they receive a Hungarian wine shipment and a sommelier-led Zoom tasting. In addition, the award also stand for the growing number of Taste Hungary wine clubs in the US and EU. “Interacting with our audience through social media brought us hope, as tour cancellations poured in. Wine, as always, was a great tool for connecting with people,” said Taste Hungary co-owner Gábor Bánfalvi. “We tapped into a surprising latent demand for Hungarian wine in the US. Many consumers, including Hungarian expats and the Hungarian-American community told us they had been waiting for a source for small-batch Hungarian wine in the US.”

Taste Hungary was founded by Carolyn and Gábor Bánfalvi in 2008, with the launch of Budapest’s first food tour. In 2014 they added The Tasting Table – a wine cellar and shop in the Palace District. The US importing business began in 2019, and includes an online shop and quarterly Hungarian wine clubs.