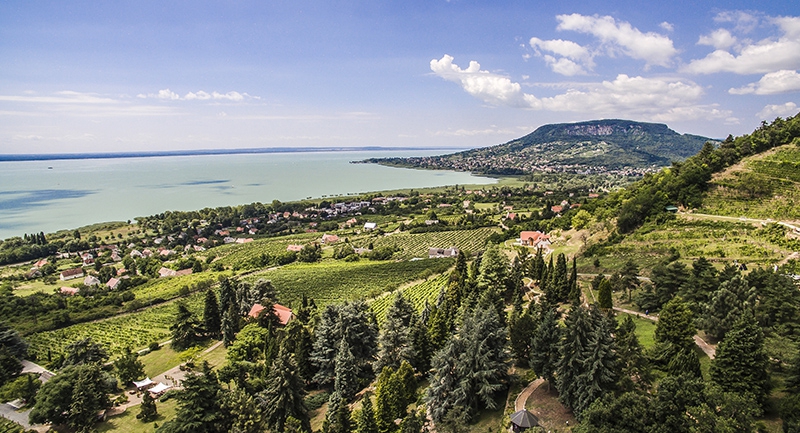 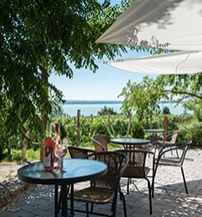 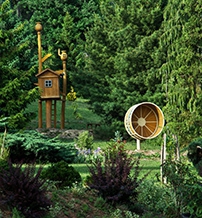 Summer Extended at the Folly Arboretum and Winery

The Folly Arboretum is a place to discover the intricate beauty of nature. A living museum that is kept stunning year round, the arboretum is set in Badacsonyörs on the southern side of Kisörsi Hill, and is part of the Balaton Uplands National Park.

At this time of the year, most of us would love to delay the coming of autumn. There is a place in Hungary, where one can fully embrace summer in the fall: The Folly Arboretum. Here, visitors are invited to walk underneath towering cypresses and cedars, with a glass of fragrant wine in their hand, to enjoy a true Mediterranean atmosphere. The air is sweet and balmy, and the screeching of the cicada makes you feel if you were strolling at the seaside somewhere in Greece. This place enchants you enough to forgot not only about time, but about the need to check the time: you will enjoy the present moment, hear the rhythm of your heartbeat (especially if you make your way uphill to the lookout-tower, for a breathtaking panorama).

A well-known German dendrologist, Gerd Krüssmann once noted that to him, this arboretum is much like a jewelry box: although it is tiny, it holds real treasures. Indeed, the compact sized arboretum lies on 3.06 hectares with a connected forest area of 1.6 hectares, and it is taken care of by the fourth generation of the Folly family. “It was my great grandfather, who planted the first trees in 1905,” says Réka Folly, manager of the Folly Arboretum Ltd. “He observed ‘the hillside seemed to call for large scale planting’ and he carried out his vision with a bold enthusiasm that has left an impact on the landscape long since his death.”

Dr. Gyula Folly, a medical doctor from Pécs planted the core of today’s arboretum, the steep and stony ‘Old Arboretum’ above the vineyards. He purchased exotic evergreens from southern Europe and selected rare species from across Europe. According to Réka, those plants were transported to his by mule in wicker baskets, and the young trees were irrigated with water carried from Lake Balaton. “There are around 1,000 coniferous species on our planet,” Réka reveals. “An estimated 600 of these are natural variants living in the temperate zone. The Folly arboretum shelters one fifth of these (130 pine species, 20 deciduous tree species, and 20-30 types of evergreen and deciduous shrubs). In addition, there are 16 species of juniper living here, some of them in several variants. There are more than 15 types of silver fir and spruce despite the unfavorable climate of the dry, sunny, southern oriented location. Stone paved nature trails meander between and beneath the trees, and from these trails one can observe hundreds of magnificent and rare trees, such as the coastal giant redwood.”

Wine in the house

Instead of severe weather conditions, it was the storms of history that rather effected the arboretum which has survived the Socialism, expatriation, and a systems change. “In the Communist era, both the family home and the estate were expropriated by the state. My father had to re-purchase the lands, and he decided to open it to the public as previously it rather functioned as a family garden and vineyard,” Réka explains. According to her, grapes have been part of the family enterprise since 1878. Considering the climate and the geological specifics of the region, the Folly family settled for making white wine, with preference to the Pinot gris, Muscat ottonel, Budai zöld and the Welschriesling. “The cellar my great-great grandfather built is still in use today. We cultivate about six hectares of grapes currently on the land connected to the arboretum. Today, the winery is run by my sister Judit. Our aim is to maintain most of the aromas and taste of the grapes that grow in this place with its special microclimate,” Réka continues, adding, “Our botanic garden is a result of dedicated work and perseverance. Judit and me, we represent the fourth generation of the Folly family, and we strive to live up to the example of our ancestors. A few years ago, in cooperation with the municipality of Tapolca we submitted an EU tender and received a HUF 106 million fund which I believe we used the best as we could to maintain and renew the properties and to turn the arboretum to a serene oasis.”

Due to its rare collection of evergreens, Folly Arboretum is often used as an educational site: naturalization and plant breeding experiments as well as ecological and phenological observations take place here. Schools with appointment can send their students on excursions and the arboretum offers free guided tours for them. The arboretum also creates a charming backdrop for weddings and for festive celebrations.

The tallest tree in the world is a coast redwood (Sequoia sempervirens), named Hyperion. The tree is no less than 115.72 m (379.7 feet) tall. This enormous tree was discovered only in August 2006 in a remote part of Redwood National Park, California.