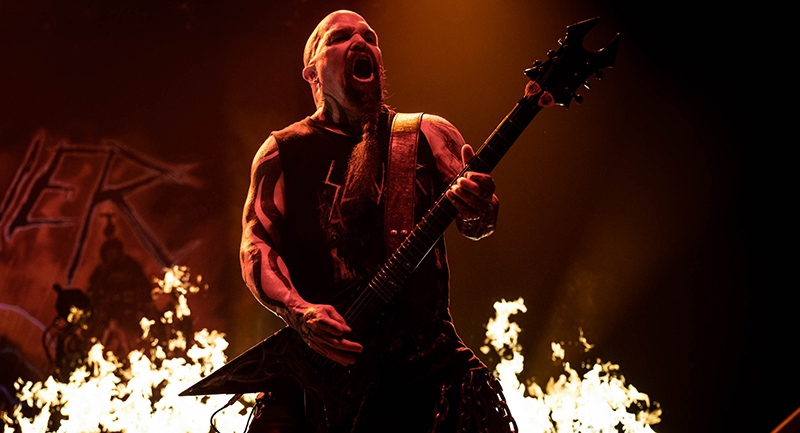 Slayer is a five-time nominated, two-time Grammy Award-winning metal band that writes songs which mirror the turmoil and aberrations of our society. The band’s 11th studio album ’Repentless’ debuted in 2015. “It is crushing and brutal, steadfastly refusing to cater to the mainstream,” the band describes the album that was written and recorded by guitarist Kerry King and singer/bassist Tom Araya at Henson Studios in Los Angeles, along with returning drummer Paul Bostaph and guitarist Gary Holt. Thirty-six years into its career, Slayer remains the preeminent punk-trash band that helped establish the genre and that up-and-coming metal heads continue to revere and emulate. The band announced the kick off of their final world tour, arriving in Europe this summer and stopping in Budapest (at Papp László Budapest Sportaréna) on June 11.