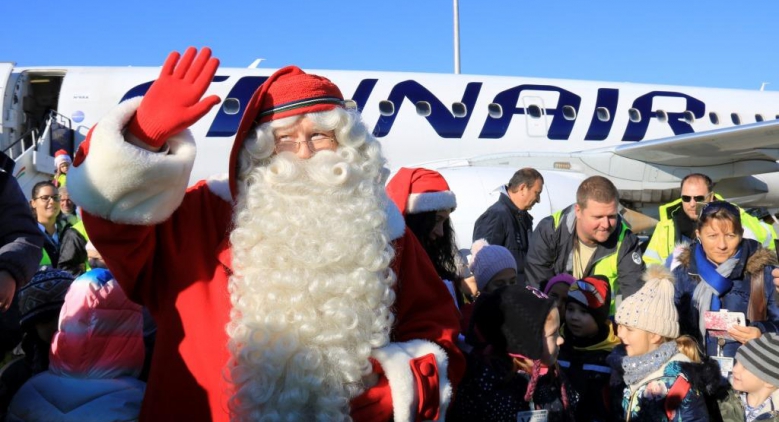 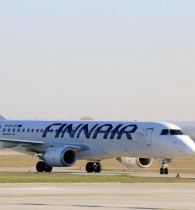 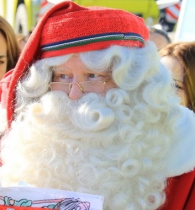 Joulupukki, the Finnish Santa Claus, arrived to Hungary! The heavily bearded visitor from the Nordic lands gave his reindeer a rest: he flew into Budapest on board of a Finnair Embraer ERJ-190 today. Santa will stay in Hungary until December 6.

Finnair’s Embraer ERJ-190 aircraft landed at 11:30 at Budapest Airport, with Joulupukki, the real Finnish Santa Claus on board. Joulupukki traveled to Hungary from his home in Rovaniemi, in the Arctic region of Finland, to meet with Hungarian children and distribute presents from his sack. At the end of his long flight, he was welcomed on the concrete by children from schools in Vecsés and Budapest, as well as representatives from the Embassy of Finland in Budapest.

The visit of the Finnish Santa Claus to Hungary is organized by Finnagora, the center of Finnish culture in Budapest, who will help him to meet children in as many locations as possible over the coming days. Besides Budapest, Joulupukki and his elves will visit Veszprém and Ajka, as well as Ljubljana, the capital of neighboring Slovenia. This year, for the first time, he will meet not only with children and adults who attend his public appearances, but he will also visit several kindergartens, orphanages and shelters for mothers, to spread the spirit of Christmas.
In the afternoon of December 6, he will make an appearance at the Christmas fair in Vörösmarty Square in Budapest. The Finnish Santa Claus will spend six days in Hungary, before continuing his journey to other countries of the world, with so many children to visit before Christmas. His detailed schedule is available on this website.
Whenever he is not traveling, Joulupukki spends his time resting in his home in Rovaniemi, with his wife, Mrs. Claus (or Joulumuori, as children in Finland call her). With the onset of winter, he embarks on his trip around the world. While he reads the letters sent to him from all over the world, his helpers, the diligent elves, prepare the presents. The Finnish postal service opened a post office specifically for him in the Arctic region, to manage his huge quantity of mail.
Back More news