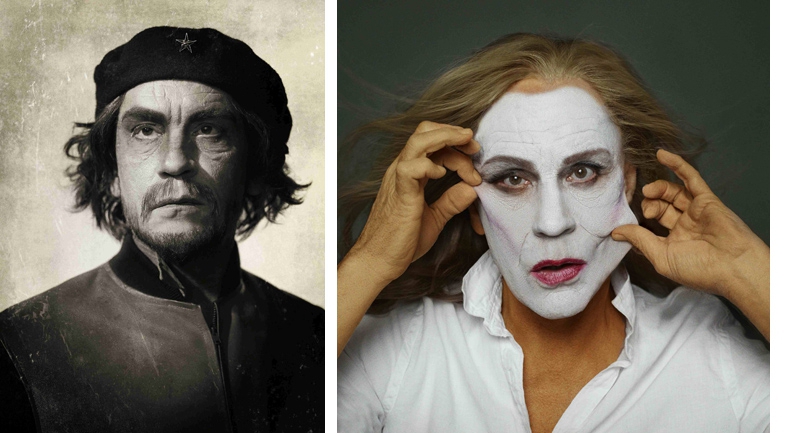 At the age of sixteen, upon seeing the work of Irving Penn, Sandro Miller knew he wanted to become a photographer. Mostly self-taught, Sandro relied on books published by many of the great artists canonized in photographic history. More than 30 years later, with clients ranging from Forbes, GQ and Esquire, to American Express, Coca-Cola and BMW, Sandro has secured his place as one of the top advertising photographers worldwide. His success in the commercial world allows him to continue his personal projects, which have included working in Cuba, photographing American blues musicians and dance troupes, and lengthy endeavors with John Malkovich, his longtime friend and collaborator.

In 2013, Sandro decided to do a project honoring the men and women whose photographs helped shape his career. After selecting thirty-five images to emulate, Sandro contacted Malkovich, who instantly agreed to participate. John Malkovich is considered to be one the greatest American actors of the 21st century. In ‘Malkovich, Malkovich, Malkovich: Homage to Photographic Masters,’ he demonstrates his chameleon-like proclivity, morphing into Albert Einstein, Che Guevara, John Lennon and Andy Warhol.