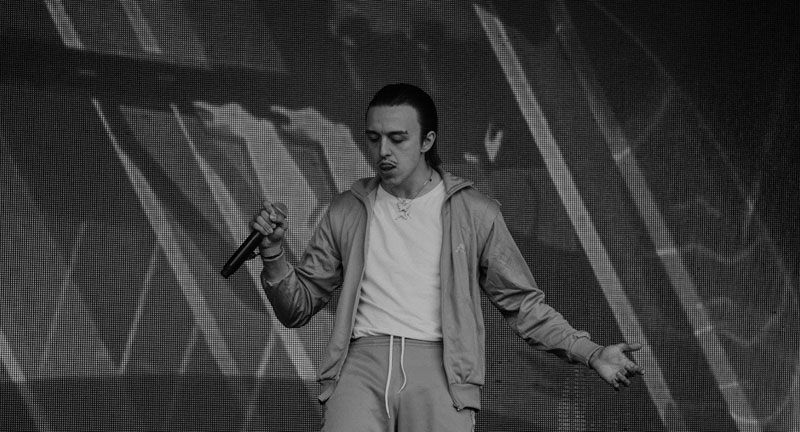 TOMM¥ €A$H is the face who became a fashion icon across Europe with his three-striped Adidas track suit, bizarre video clips and his all-penetrating post-Soviet irony. He will be performing at Budapest Park on September 22nd.

TOMM¥ CA$H the Estonian rapper is the guy who folds his legs behind his head without any problem or rides a horse to the McDrive, but in his surroundings, this does not even seem conspicuous anymore. Of course this was not always the case. Little TOMM¥ grew up in a rather unfriendly, Russian housing estate, but it was this Baltic "ghetto" that turned him toward the arts and became his inspiration. Initially he was interested in dance and painting, then fashion. As a Rap Star, he has conquered all of the biggest festivals on the continent.

He zoomed through Eurosonicon, Electric Castle, Roskilde and Sonar Festivals, as well as countless club concerts with his powerful production. In 2014, his album EUROZ DOLLARZ YENIZ was released and last year he garnered a lot of attention with the song WINALOTO and the accompanying video clip. The idea for the rather extreme yet compelling clip simply popped out of TOMM¥'s head and this year it won the award for best video clip at the Estonian Music Awards. Lately the internet has gone crazy over his a hyper-sexual video, his post-Soviet vision and his surf clip. He is currently performing at the biggest festivals, often before an audience of ten thousand. After his Spring, crazy club concert, he will take to Budapest's biggest stage- Budapest Park, on September 22, as a special guest of the Brains.