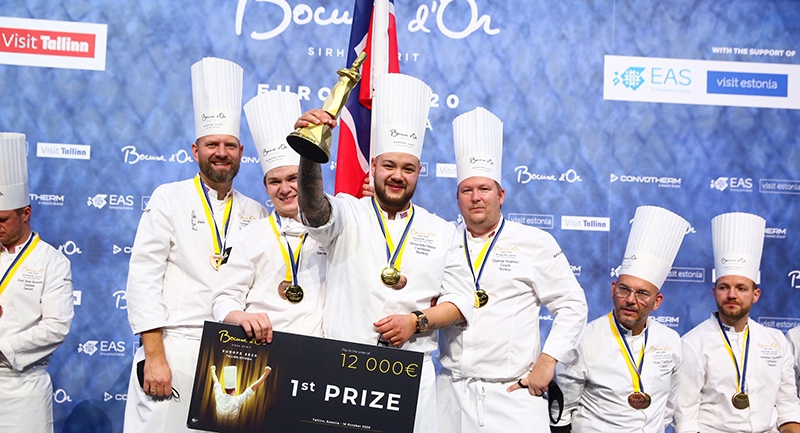 After two days of intense competition on October 15-16 in Tallin, Estonia, Norway won this year's Bocuse d'Or Europe 2020. Kersti Kaljulaid, the President of Estonia, presented the award to Chef Christian Andre Pettersen from Norway who impressed Régis Marcon, president of the International Organising Committee, and the judges with his dedication, quality of the food and flavours. “They really understand how to work with the food,” said the President of Jury Philip Tessier. “I am really looking forward to see what they bring to Lyon.”

The winner was followed by 15 other competitors: Denmark took the second place, Sweden the third one. A total of 10 chefs qualified for the grand finale which will be held during Sirha Lyon (France) from May 29 to June 2, 2021: