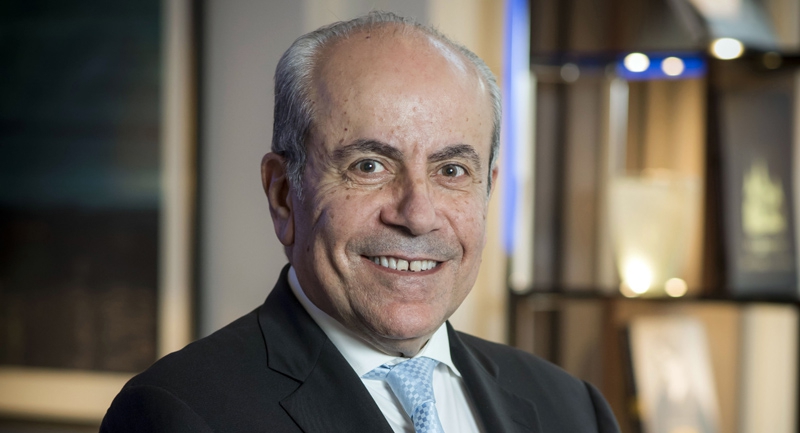 New GM at The Ritz-Carlton, Budapest

The Ritz-Carlton, Budapest welcomes Rahim Abu Omar as the new General Manager, responsible for the overall hotel performance and operations. Bringing more than three decades-long of experience in the hospitality sector, Rahim Abu Omar will continue to grow the hotel’s prominent position within the local, regional and international markets.

Rahim Abu Omar is a well-known Jordanian professional, highly qualified hotelier, recognized for having exceptional leadership skills and business acumen. He has worked in several locations, including the UAE, the UK and Lebanon. Before joining The Ritz-Carlton, Budapest he worked for market leading hotels such as the Metropolitan Hotel Dubai and the Metropolitan Beach Resort & Club as General Manager, and at Habtoor Hotels as CEO. Most recently, he was the General Manager of the Gulf Hotel Bahrain, where he successfully turned the property into one of the leading hotels in the region. He also played an instrumental role in the opening of five hotels, including the Metropolitan Beach Resort & Club, the Metropolitan Palace Hotel Dubai, the Metropolitan Palace Hotel Beirut, the Habtoor Grand Beirut and the Habtoor Grand Dubai. He participated in the comprehensive rebranding of four and five-star properties under Habtoor Hotels and Metropolitan Hotels.

Rahim Abu Omar is a member of the first Hotel Committee of Dubai Department of Tourism and Commerce Marketing. He was awarded with the Hotelier of the Year award in Jordan in 2009 and he is also recognized as one of the top 50 influential hoteliers in the Middle East 2009, selected by Hotelier ME magazine.
“I’m very proud to join the Ladies and Gentlemen of The Ritz-Carlton, Budapest, and I am looking forward to contributing to the success of the hotel in this beautiful Central European capital. I am going to work with pleasure with the talented team to take the hotel to the next level, by delivering unforgettable Ritz-Carlton experiences,” Rahim Abu Omar said.

With his extensive knowledge and experience in the hospitality industry, Rahim Abu Omar will contribute to the further successes of The Ritz-Carlton, Budapest, which celebrated its second year in the Hungarian market. The hotel will continue to provide memorable Ritz-Carlton experiences and uphold the traditions that hallmarks The Ritz-Carlton brand, while striving to further enhance service quality and brand value in the future.