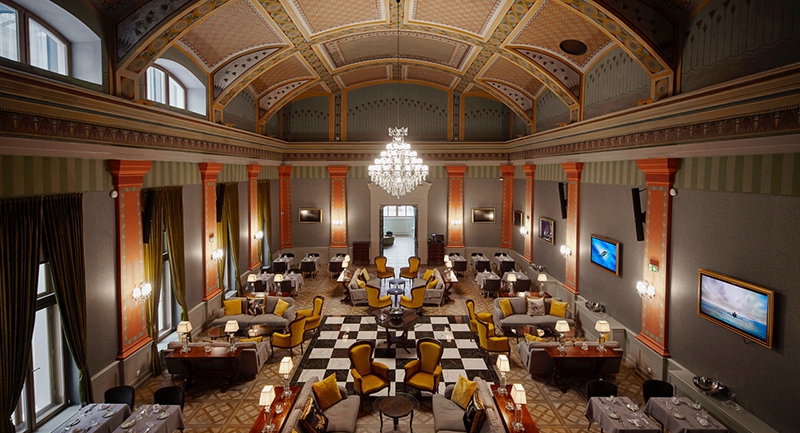 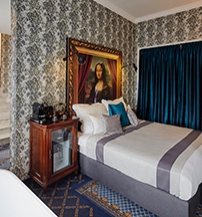 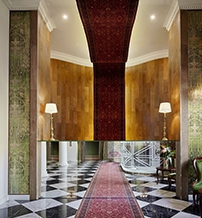 Mystery Hotel Budapest, the capital’s newest five-star hotel with 82 rooms, has opened in one of the gems of Hungarian millennial architecture. The impressive interiors were made based on the plans of Zoltán Varró.

Located in District 6, at the corner of Podmaniczky and Vörösmarty Streets, the eclectic building was originally built for the Symbolic Grand Lodge of the Hungarian Freemasons, in 1896. The builduing was designed by architect Vilmos Rupert, featuring artworks by Mór Than, one of the best-known Hungarian painters of the 19th century, and glass windows made by Miksa Róth.

Throughout its history the building has changed owners and functions several times, and it has gained its current form based on the plans of Zoltán Varró, internationally renowned and acclaimed star designer. In line with the latest trends, the hotel welcomes guests with a unique theme based on the triad of luxury - magic - experience. The concept is complemented and perfected with innovative visual tricks and optical illusions, respecting the historical heritage of the more than one-hundred-year-old building and preserving its architectural values.

Rather than being satisfied with recreating the common spaces of the building, Zoltán Varró worked with his colleagues for 2 years to fascinate those arriving in each room with mysterious lights, soft carpets, and painting details glinting on crystals. The heart of the building is The Great Hall Restaurant & Lounge, dominated by a giant chandelier, columns, heavy curtains and two iron spiral staircases leading to the Loggia.

The hotel has 3 different room styles, bearing the names Doric, Ionic and Corinthian, in line with the Greek order of columns. In addition, the hotel has three uniquely designed suites, including the Atelier Studio, the Da Vinci Suite and the Terrarium Room, the latter featuring glass walls and a glass roof.

The Secret Garden Day Spa was created to dazzlehotel guests and Budapest residents alike, with its luxury body treatments, personal trainers and a special atmosphere: the courtyard has been transformed into an enchanted Baroque garden, where guests can relax under huge palm trees. From The Sky Garden Rooftop Terrace, to be opened this summer, guests can enjoy a panoramic view of the Buda Castle, and a private outdoor jacuzzi. To host conferences and private events, there are three event halls in the building, accessible via three separate entrances. Gastronomic inspiration of the Great Hall Restaurant & Lounge comes from the turn-of-the-century era, with a modern twist.

Mystery Hotel Budapest is a member of the L.V.X brand of the international Preferred Hotels & Resorts hotel chain that also comprises luxury hotels.