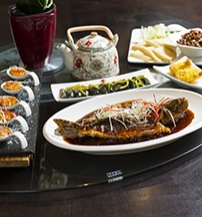 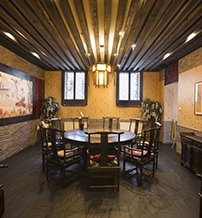 Authentic Chinese cuisine, unadulterated and unadjusted to Western tastes, is still hard to come by in the Hungarian capital. One Chinese restaurateur has been working hard for nearly three decades to showcase Chinese cuisine that hits all the right notes.

Qiang Wang, dubbed Wang mester (Master Wang), arrived in Hungary in 1991, at the age of 21. His motivation for moving overseas was masterfully simple: he had heard from acquaintances who had already been to Hungary that “this was a beautiful place.” So, he decided to see the place for himself and embarked on a Hungary-bound journey, similarly to 40-50,000 of his fellow countrymen, who arrived with the first big wave of Chinese immigration in 1991-92. Wang fell in love with Budapest and the love affair has stood the test of time. “Compared to China, this is a completely different world,” he says. His career followed a winding path: he started working as a waiter in a Chinese restaurant, opened a clothing store with a friend and thanks to his command of English, accepted interpreting assignments from members of the Chinese community. Following some less successful ventures, a bar and a car repair shop, he eventually opened his first restaurant in Budapest and found his calling.

Master Wang’s history with Chinese cuisine is rooted in the family. His grandfather worked as a chef in a famous restaurant in Beijing and little Qiang learned a lot from him. “I was 11 or 12 years old, very much interested in cooking and his skills and culinary art had a great impact on how my life evolved,” he says. Before moving to Hungary, Qiang Wang attended a catering and hotel management school in his homeland, where he acquired all the skills he would later rely on to run his network of restaurants. Wang’s first restaurant, close to the downtown area in Pest was a commercial success. People with a taste for untamed, authentic Chinese cuisine flocked to the place to marvel at his spectacular technique of making noodles. However, circumstances forced him to abandon that venture and he turned his energy and focus to his other restaurant on the Buda side. “Business was not bad, but the place was not as successful as the other one, perhaps due to the location, the lack of parking space, etc. Still, it was attended by well-known people, including government ministers,” he points out.

Driven to showcase the intricacies of his homeland’s cuisine to larger crowds, Master Wang opened yet another restaurant with a green backyard in the 9th district of Budapest. He confesses that the secret ingredient to his success is Szechuan kitchen with its bold flavors, particularly the pungency and spiciness resulting from liberal use of garlic and chili peppers, as well as the unique flavor of Szechuan pepper. “Most of the Chinese kitchens in Hungary offer the cuisine of other South Chinese territories. Those are also good but nothing special, nothing like the Szechuan kitchen. We are different, especially because we use a lot of spices that come directly from China, like the Szechuan pepper, which only grows in that special climate.” Master Wang’s encounter with television only added to his growing fame as one of Hungary’s few authentic Chinese restaurateurs. In the first years of the new millennium, the producers of Hungarian culinary channel ‘Paprika TV’ discovered the young Chinese chef whose dishes were different from the fares offered by other Chinese restaurants and recorded several shows with Qiang Wang.

Always eager to experiment and test his boundaries, Chian Wang opened a Chinese fine dining restaurant in Budapest seven years ago but it was a failed venture. “We did everything well, the food looked nice and tasted good but it was expensive to make. We had a lot of foreign guests, who told me that if this was in London, we would be running a full house all the time. Unfortunately, it was in Budapest and Hungarians were not prepared to pay HUF 20-25,000 for a Chinese meal even if it is fine dining. At least, at that time, Hungarians were not used to such prices,” he recalls. Things may have changed now and he does not exclude the possibility of venturing into fine dining sometime in the future.

Following a reshuffle of his businesses, Master Wang now operates a restaurant in Budapest’s 14th district and two bistro-style eateries in strategic locations: one near Nagy Vásárcsarnok, Budapest’s most famous indoor market and the other at the city’s best-known crossroads, Oktogon. The restaurant, which serves authentic Szechuan cuisine prepared by Chinese chefs, is decked out with furniture and stone floor tiles imported from China. The two bistros, named ‘Biang’ after a kind of pasta in Shenshi province, offer a wide variety of noodles, which are cut by a robot displayed in the window. Qiang Wang makes a point of visiting all three restaurants daily “for a quality check by tasting the dishes because this is the key to authenticity.” Never one for thinking small, Qiang Wang is planning to open another restaurant in the upscale Buda Hills. “I am thinking of presenting a sort of mixed kitchen, not only Szechuan style.” His experience is that “more and more Hungarians know about my restaurant, especially those who have been to China and are looking for the ‘real’, authentic Chinese kitchen in Hungary. They pass the word on and this ‘word-of-mouth’ communication helps us a lot.”