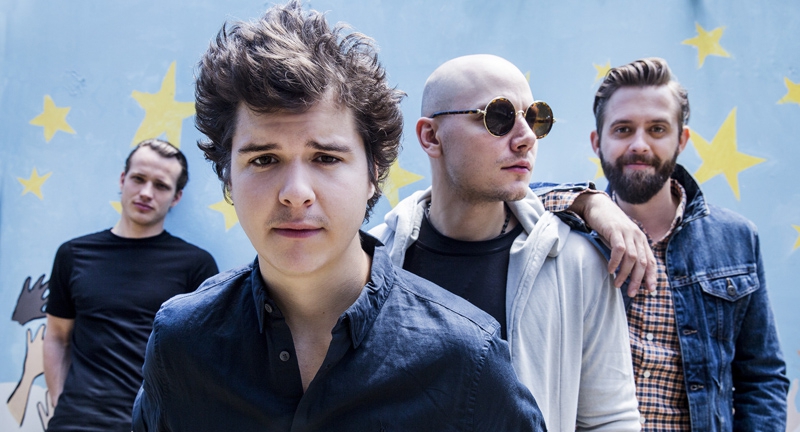 Lukas Graham, whose hit single '7 Years' went multiplatinum all over the world, is on an expansive headlining tour, arriving to Hungary on March 19. The band will perform at Papp László Budapest SportArena.

Born and raised in Christiania, an autonomous, artistic neighborhood in the center of Copenhagen, Lukas Graham has already enjoyed unmatched success back home, where his raw and personal songwriting captured Europe’s attention. Also known for a phenomenal live show, he’d go on to play countless sold out shows and earn festival main stage spots alongside his “boys” in the band, Mark “Lovestick” Falgren, Magnus 'Magnum' Larsson and Kasper Daugaard, becoming the most popular live act in Denmark. That momentum has propelled this award-winning artist swiftly into the global spotlight, with “7 Years” surpassing the 100 million mark for total streams worldwide. Classically trained with the Copenhagen Boys’ Choir, Lukas Graham has developed a distinct musical style that comes alive through the stories he tells.
Their current tour kicked off in February in the UK, and will crisscross Europe through mid-April, making stops in Ireland, Belgium, Holland, Germany, Austria, Hungary, Poland, France, Switzerland, Italy, Spain, Portugal and more along the way. The upcoming tour will see the Danish foursome graduate to theaters four to five times larger than the clubs they recently performed in during their sold-out Spring US headline tour.

Get your tickets here.