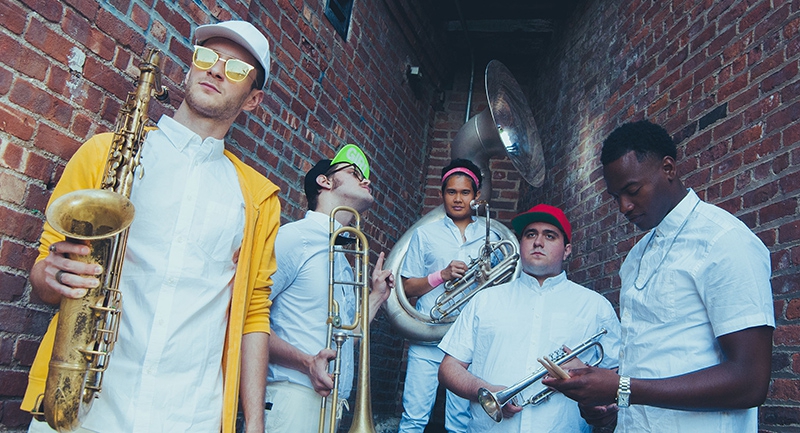 Armed with the belief that positive music can change the world, Lucky Chops is on a mission to bring life back into the music industry. Their upcoming concert in Budapest will take place at the Barba Negra Music Club, on October 22.

The band is well known for spontaneity and dance vibe. One could never tell they only play the brass instruments. The intensity of the band’s energy is fueled by their desire to inspire others. Lucky Chops became famous thanks to a random spectator, who filmed the band’s street performance and shared it with world on internet. The band suddenly became a viral sensation and popular performers in New York’s streets and underground. The hard work and dedication put in by each of the six members has been recognized by fans across the globe.