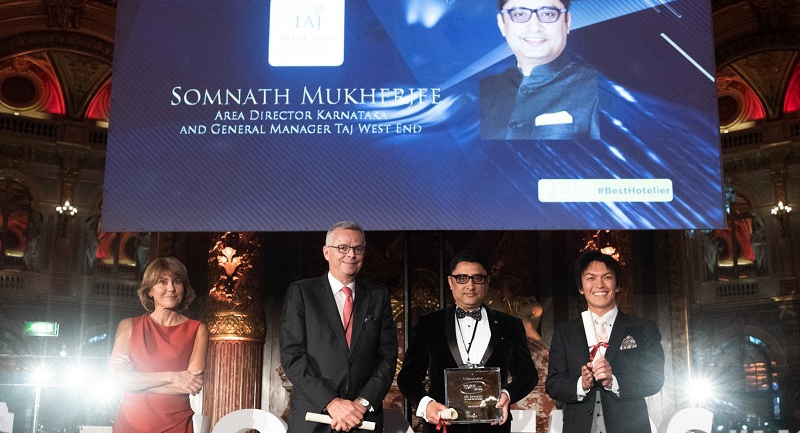 More than 800 participants gathered in the salons of the InterContinental Paris Le Grand for the presentation of the prizes for the 19th edition of the Worldwide Hospitality Awards. The ceremony, held on November 7, was presided over by David Kong, President and CEO of Best Western Hotels&Resorts, the 10th largest hotel group in the world according to Hospitality ON's ranking as of January 1, 2018. This 19th edition was also the occasion to celebrate the 25th anniversary of Hospitality ON.

This year once again, with the organization of the annual Worldwide Hospitality Awards, Hospitality ON has valorized initiatives taken by groups, brands and independent hotels to help the international hotel industry evolve. Out of more than 150 applications presented in the 14 categories (such as Best Innovation in Hotel Concept, Best Communication Campaign, Best Iconic Employee, Lifetime Achievement, and so on), finalists and winners were chosen after an online election on Hospitality ON and the deliberation by two juries of experts on the Advisory Board, including both hoteliers and non-hoteliers, presided over by Olivier Cohn, CEO Best Western France, as well as by Hervé Novelli, Président du Conseil Supérieur de l’OEnotourisme for companies and foreign trade, who were designated to lead the jury this year. Short-listed by an international jury, made up of business people, tourist and communication specialists, Stephan Interthal, General Manager of the Kempinski Hotel Corvinus Budapest, was one of the three finalists competing for the “Best Hotelier” award.

"The success of the Worldwide Hospitality Awards resides in its increasing renewal, a phenomenon that foreshadows the future face of Hospitality. It is not only a modernization of brands, concepts and communication, but also and especially a rejuvenation among the candidates, participants and the public of the ceremony. This event, which is more forward-looking than ever, represents a unique opportunity to discover the concepts that will form the hotel industry and the entrepreneurs of tomorrow. A new generation is now taking over the reins, which is why today, alongside the great international leaders, there is an ever-growing crowd of "Millennials", the young men and women who have taken over the new economy to dramatically transform the landscape of the sector. Their presence, trust and enthusiasm are a testament to the vitality of the Worldwide Hospitality Awards institution. In light of the promises they embody, we can only be optimistic about the success of future editions of this event, which has become a must for both historical groups and young professionals in the sector, who are now taking over. I look forward to seeing you next year for the 20th anniversary of the competition!" declared Georges Panayotis, President and Founder of the Worldwide Hospitality Awards.