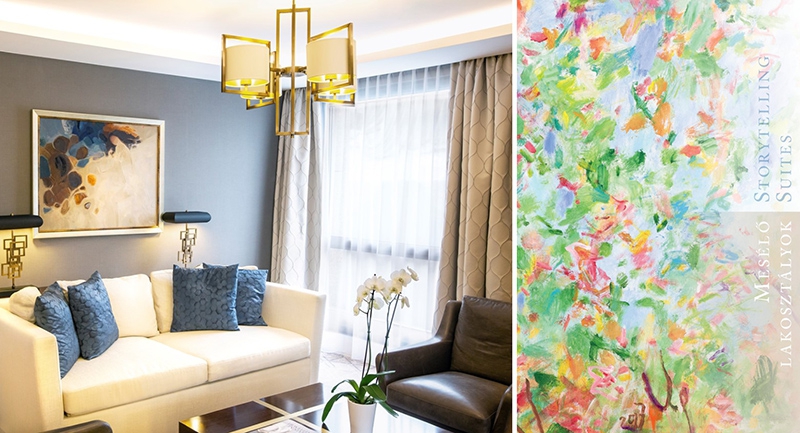 This year sees a major milestone in the history of Kempinski Hotels as the company celebrates its 125th birthday, while Kempinski Hotel Corvinus Budapest marks its 30th year in September. This anniversary represents an important jubilee for the hotel, following three decades of precious moments, memories and experiences in the art of hospitality.

The first purpose-built joint-venture five-star hotel in the city after the political changes welcomed its first guests on 11 September 1992. Its pioneering spirit, combined with Kempinski’s trademark European flair, has consistently positioned the hotel at the forefront of the city’s competitive market, and as a market-first innovator.

Kempinski Hotel Corvinus Budapest is well known for its unique, professionally curated Corvinus Art Collection, which also appears in the recently published “Storytelling Suites”. The hotel invited five leading Hungarian writers to spend a night in the Art Collection Suites and write a short story inspired by the suites and the works of art there. The resulting booklet is not only testament to the hotel’s continued dynamic commitment to the local art scene but will also allow guests and partners to relate to and appreciate the fabric of Budapest and Kempinski Corvinus’ part in it in a rare, inspired and enriching way.

The hotel invites travellers around the world to join the celebrations by booking the “30 Years Kempinski Budapest Anniversary Package”, which includes a lavish buffet breakfast at ÉS Bisztró, an anniversary cocktail specially crafted for the occasion and a sweet treat served at The Living Room, as well as parking in the underground garage, access to Kempinski The Spa and a 25% discount on fully flexible rates when staying a minimum of three nights or more. The Anniversary Package is valid until 29 December 2022.

The Kempinski Corvinus Budapest team marked the exact date of the hotel’s anniversary on 11 September with a sparkling brunch outside Budapest.

The luxurious property’s management is proud that ten of its employees have been working at the hotel since the opening. The management and the board members of the hotel honoured the dedication of these long-service staff members on 29 September with a festive lunch. Their loyalty was acknowledged with a travel pass redeemable at one of the European Kempinski hotels, including travel costs.

To thank hotel partners, the hotel held an anniversary party on 29 September 2022, showcasing 30 years of culture and gastronomy. The guests were surprised by a copy of the “Storytelling Suites” publication.

“I have managed this wonderful hotel for 15 years out of the past 30 years of its operation. Budapest, which is my second home by now, became a cosmopolitan metropolis before my eyes. In 1997, when I arrived for the first time, the city was very different, and today, Budapest surpasses several famous capitals in many aspects. I would like to thank all those who have accompanied and supported us over the years: our owners, Kempinski Hotels, partners, guests, colleagues and friends,” said Stephan Interthal, General Manager of the hotel.