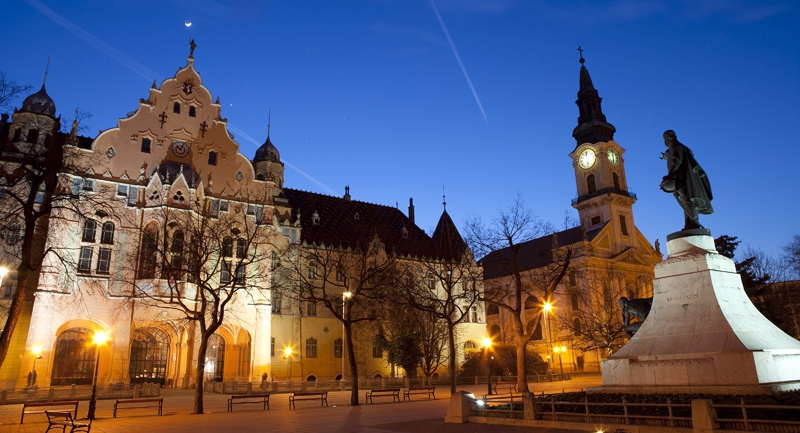 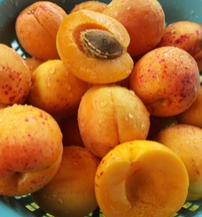 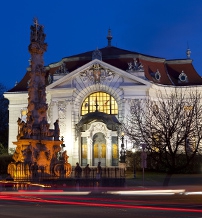 Kecskemét, the seat of Bács-Kiskun County is a dynamically developing industrial, commercial and cultural center that is famous for its Art Nouveau buildings, the Kodály method of musical education and its famous apricot pálinka.

Kecskemét lies in the middle of Hungary, in the region of the sand dunes, almost equal distance from the Danube and the Tisza Rivers, 86 kilometers south of Budapest. The area which is the sunniest part of the country is often referred to as “the orchard of Hungary.” The settlement was established at the cross-roads of ancient trading routes, becoming the meeting point of merchants, different religions and cultures. Even during the Ottoman occupation Kecskemét prospered, thanks to its location and favorable geographical characteristics. As it preserved its market-town character for centuries, the extensive farming, the trade of cattle, and later on viticulture and horticulture resulted in the constant growth of the town. Today, Kecskemét is world renowned for its characteristically fruity pálinka made exclusively from apricots grown in the surrounding orchards. The noteworthy drink has inspired many, including Charles, the Prince of Wales: “Better with soda than the whisky, better with tea than rum,” he once praised the so-called “whistling” apricot (fütyülős barack) pálinka.

The town also respectfully cherishes the spiritual heritage of its great sons, the composer Zoltán Kodály and József Katona. Several institutions are named after these two famous Hungarians, including the Music Pedagogical Institute. Kecskemét can be characterized by diversity and a close connection with Hungarian historical heritage. The city’s polygonal main square is surrounded by public buildings and by a great number of churches, representing the most important denominations of Hungary: the Calvinist Church, the Franciscan church, which is the oldest building of the town; the Holy Trinity Orthodox Church built by Greek salesmen who settled in town, the Synagogue and the Piarist church. The 73 m tall ‘Nagytemplom’ (Great Church), also called ‘Öregtemplom’ (Old Church) at Kossuth tér is the largest church in Rococo style in the Alföld (Great Plain) area. Tourists have the opportunity to take delight in the city landscape from its tower. Also at Kossuth Square, the tile-roofed Town Hall with its splendid floral ornaments and frescoes is a masterpiece of Hungarian Art Nouveau style and one of the most attractive municipal buildings in the country. Another fine example of this style, the so-called Cifrapalota (Ornamented Palace), lavishly decorated with floral patterns, stands at Rákóczi út.

The city welcomes its visitors with a remarkable range of museums showcasing unique collections and exhibitions at the Applied Arts Museum, the Museum of Medical and Pharmaceutical History, the Museum of Hungarian Naive Artists, The 'Szórakaténusz' Toy Museum and Workshop, the Hungarian Muesum of Photography, the House of Science and Technology, the Fáklyás Cellar and Wine museum, the Leskowsky Collection of Musical Instruments and the Zwack Fruit Brandy Distillery and Museum. There are colorful and entertaining events organized all year around in Kecskemét, including the Spring and the Summer Festivals, the Kodály Music Festival, the Wine and Pálinka Festival, the Future of Europe International Children Meeting and the so-called ‘Hírös Hét’ Festival, which is traditionally held at the end of August. With a history stretching back over 70 years the event draws the visitor's attention to the assets of the city of Kecskemét: fruits, wine, and gastronomy. The cultural programs range from popular and classical music to exhibitions and academic events.

Cake of the Country

In 2011, special confectionary masterpieces competed for the fifth consecutive year to be presented for the celebration of statehood on August 20th. Based on the decision of the Jury of the Hungarian Confectionery Artisans' National Industry Body, the winning confectioner was again master confectioner László Zila who came up this time with the apricot millet cake of Kecskemét. As the pastry chef said, the idea of using this fruit was inspired by a letter from a housewife in Karcag, eastern Hungary. She wrote her feelings were hurt by the fact that the Pánd cherries and Szabolcs county plums were already featured in the cake, while the Kecskemét apricot has fallen behind in this series. The millet cake was designed by modifying the basic recipe found in the letter. The cake was introduced on August 20. Its recipe was very carefully worked out by the pastry chef. Still, it is very difficult to produce according to the planned quality since the quality of the peach strongly influences the overall effect. Until next year's competition, the apricot millet cake of Kecskemét is made in pastry shops around the country and sold continuously.

The name of the city originates from the words ’kecske ’ meaning goat and ’ mét’, a word which once meant district.

Close to Kecskemét, in a small town called Lajosmizse, the authentic and official copy of the Shroud of Turin is kept.