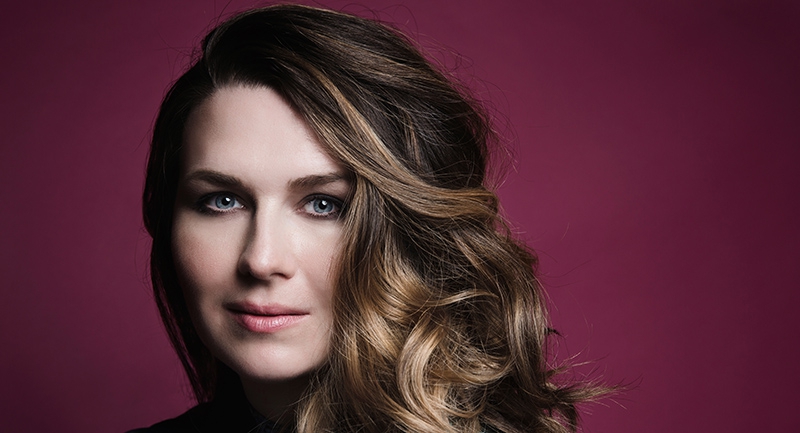 Júlia Karosi has been known as a defining figure on the Hungarian jazz scene for years now. Her concert (which is the final concert of the Jazz Showcase series in Müpa) will also feature one of New York's most sought-after guitarists, Ben Monder, whose original compositions, transcendental playing and unmistakable sound pair perfectly with the Júlia Karosi Quartet's style.

In 2009, she founded the Júlia Karosi Quartet, whose repertoire consists mostly of her original compositions, a blend of classical music and modern jazz. Her latest album Bidin' My Time, released in September 2018, is a compilation of George Gershwin classics scored by Márton Fenyvesi and featuring the RTQ String Quartet. Júlia Karosi's 2014 album Hidden Roots, released in New York, delves deeply into the relationship between her musical roots and jazz. This exploration produced original compositions and Hungarian folk song arrangements, which received critical acclaim at home and abroad. Motivated by this success, Karosi continued her research into the deeply rooted culture of Hungarian music, where she found renewed inspiration at the source: the works of Bartók and Kodály. Since early 2018, she has worked on vocal arrangements of Bartók and Kodály through a scholarship from the Hungarian Academy of Arts. A selection of these works will be heard in her performance in Müpa on February 10.