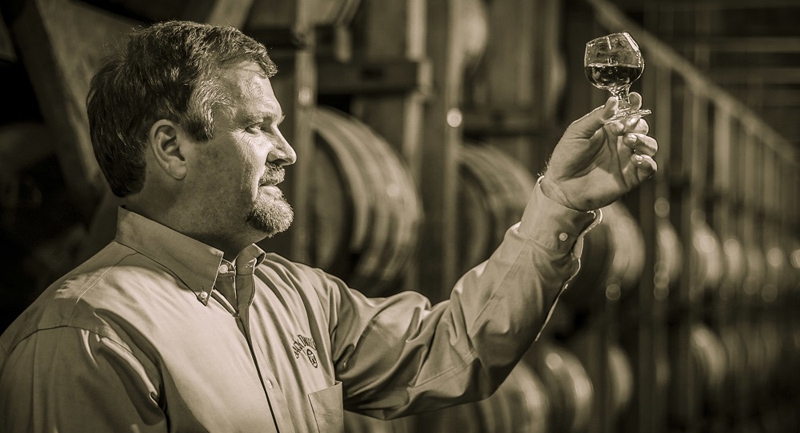 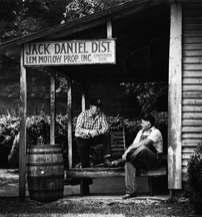 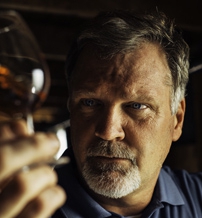 Jack Danel’s celebrates its 150th anniversary this year and surprises fans around the world with special events. Find out more on this from Jeff Arnett, master distiller of the Jack Daniel Distillery.

Jeff Arnett, who was named the seventh master distiller of the Jack Daniel Distillery in 2008, told us about the world-wide barrel hunt game, whiskey drinking habits and the limited edition Jack Daniel’s. When not in Lynchburg, Jeff travels the world as an ambassador for Jack Daniel’s, sharing the brand’s stories with all he meets.
Jack Daniel’s celebrates its 150th anniversary this year. For this event, the company started a unique, worldwide campaign called the barrel hunt. Tell us, how did this idea come about?
Our friends across the world are always welcome to visit us at the Jack Daniel Distillery but we know this isn’t possible for everyone. To celebrate our special anniversary, we challenged ourselves to find a way to take a taste of our Distillery to the world and that’s where the idea of a whiskey barrel scavenger hunt was born. Whiskey barrels connect our past with our present. They are more than a container for whiskey, they are an ingredient. That’s why we’ve always insisted on making our own. The Jack Daniel’s Barrel Hunt ran in over 50 countries and created great moments of celebration that will last much longer than our anniversary year.
In every country there were different prizes to be found in the barrels. How did you decide which prizes should go to the winners in each country?
Inside every barrel was an original Jack Daniel’s bar kit filled with essential items to make your favorite Jack Daniel’s cocktails. The bar kits were handmade with the same white oak and barrelheads used to make a barrel. Additionally, each barrel contained other very special and unique prizes determined by the local team in each country. Finally, the actual barrel found by the winner was an authentic Jack Daniel’s barrel customized for the barrel hunt and also a prize.
In the US, drinking whiskey is a great tradition. How do the European customs of consumption differ from the „native” US customs?
Whiskey cocktails have always been more of a US tradition, while adding a drop of water and consuming whiskey neat has been more of a Scotch /European form of whiskey consumption.
For this special occasion the Jack Daniel’s company brought a 150th anniversary whiskey to the market. What is new about the limited edition?
Since we are the only major distillery to make our own barrels, we saw the anniversary as an opportunity to replicate the barrel charring process of 1866 when everything would have been done by hand.  Back in those days, it would have taken longer to heat the barrel to the point of charring, so you naturally created more toasted sugars than charred sugars.  By lengthening the time in our toasting process and shortening the time in our charring process, we were able to bring out more of the barrel's complex sweet notes while avoiding any bitterness or aftertaste from charring.
And now, the everlasting question, with or without ice? How did Jack himself drink his whiskey? And how do you prefer it?
The good thing about Jack Daniel's is that it is not overly sensitive to temperature changes.  You can cool our whiskey down or heat it up and the flavor tends to hold in either direction.  I personally prefer our Jack Daniel's Single Barrel whiskey on ice.  From an old newspaper story, we found on Jack Daniel's personal drinking preference, at the end of the work day, he'd take a fresh bottle of whiskey, pour two fingers worth into a glass, and then add a half lump of sugar and tanzy, a medicinal herb that was never quite as popular as mint, and created a "tanzy julep" to drink.
If Jack Daniel would visit the distillery in Lynchburg today, in 2016, what would he be most proud of?
Two things come to mind.  First, I think he'd be proud that we've stayed in the Cave Spring Hollow in Lynchburg, Tennessee and continue to make every drop of Jack Daniel's whiskey using this special spring water, and second, I think he'd be proud that we have continued to charcoal mellow every drop of Tennessee Whiskey that bears his name.

Jack Danel’s celebrates its 150th anniversary this year, which is a real milestone in the history of the brand. On this occasion, Jack Daniel’s surprises fans around the world with special treats, events and games. Moreover, a Jack Daniel’s 150 Pop Up Bar opened its gates in Budapest at Szervita Square, to bring a piece of Lynchburg to Hungary.
Back More news