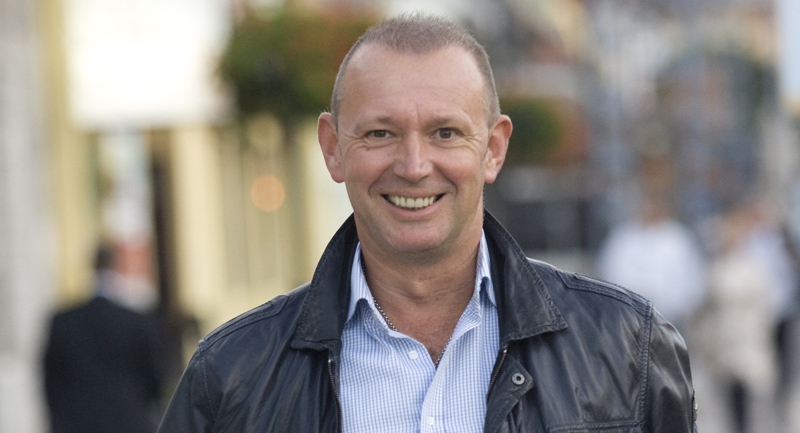 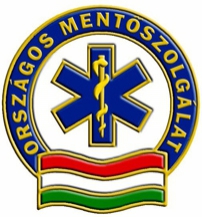 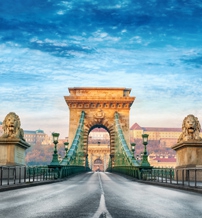 I truly love this city

This year over a million people will ring 104 and ask for the ambulance service. Not all of these calls will be urgent. Of those that are, not all will be matters of life and death. Sometimes, though, a life will depend on the response. Pál Győrfi, Communication and PR Director of the National Ambulance Service, reflects on his job and love affair with Budapest.

People working in the medical field generally shy away from the media, but Győrfi embraces it and communicates with the public on TV, radio and print platforms, on a daily basis. His character is somewhat essential in the news, and I can't think of anyone in this country who has not heard of him so far. Facing the realities of a stressful life at the National Ambulance Service (OMSZ), the question arises: how does he manage being such a strong, trustful, but at the same time, cheerful guy. Well, he loves life, he enjoys the comfort of his supporting family, who sometimes even join him as he appears regularly in TV programs including talk shows, a game show and even a dance contest.
”We had an emergency idea?” – a colleague joked, as I mentioned that I will interview you for the cover story. I thought I would quickly search for an ambulance joke as well; however I soon realized that there are not a lot of options. There is a shield protecting the ambulance service, it is not a joking matter, as maybe one day one of our lives will be saved by one of you. I can say that, right as you are a professionally trained paramedic yourself?

Yes. In fact, I’m a paramedic officer – a profession that is kind of a Hungaricum. When Kresz Géza founded the Budapest Volunteer Ambulance Association in 1887, it already deviated from the traditional European practice: as Hungary did not only transport the sick to the doctors, but rather delivered the medical team themselves to the scene of the emergency. This was done by ambulance officers, who attended the program designed for them at a special institute. There is no such institution anywhere else. I have also attended that college myself, and I worked there for over twenty years. Those who join the ambulance service, carry a huge weight on their shoulders - sometimes literally. A paramedic is always on the road.  Nationally, we receive over 2,000 emergency calls; out of these around 550 come from Budapest. In total, we estimate the number of kilometers we travel annually, at nearly 37 million – that is equal  to circling the globe 925 times at the equator.

On that note: the yellow emergency cars…

Their color follows the European standard, which is more precisely "lemon-green". MB Sprinter 316 CDI and Volkswagen Crafter are the newest models.

Let them be lemon-green then. How well can they get around the city? Do Budapest residents get out of the way of the emergency vehicles? How about our road networks?

I was recently in Venice. There the problem is solved by gondolas – as even the occupants of the houses in the small narrow streets by the canals need emergency medical treatment. I believe Hungarian drivers could be a little more attentive to emergency vehicles on the road. Sometimes, even the sirens and flashing lights do not get the immediate action required, when every passing second is very important. The National Ambulance Service has a target of always arriving within 15 minutes. However, this daunting timetable can be affected by many obstacles such as the state of the roads and weather conditions. Try to speed down the tram track lined stone roads of Bécsi út, here, in Óbuda! Actually, do not try!

You however, don’t speed down roads in a rush anymore around this very area that you live.

I really grew to like this neighborhood of Óbuda with its quiet hills and beautiful nature. We have hedgehogs visiting our garden, and our children collect snails... which would not have been feasible in our previous downtown Pest apartments.

You are a Budapester, born and raised…

… in our family apartment in Szent István körút. I still have a clear image of my great grandmother sitting on the terrace of the café which is now called Europa, ordering soda water and sugar. Playing nearby, even then I already knew then that I would be a paramedic. I would sneak away to the Szobi Street emergency hospital at the age of 6, to stare at the emergency cars as they departed from their stations.

What was it like to be a teenager in Budapest?

I wasn’t a real trouble maker, don’t expect any crazy stories. Though, if I think about it, you might find the kind of sport I invented at the Kossuth Square metro station a bit strange. Some metal balls, and a similarly dauntless friend, together we fractured the marble wall, mostly for the sound. We also liked to hang out at the basement of Jégbüfé, which is still to be found at Ferenciek tere.  Don’t ask why.

I will tell you something that will surely amuse you instead: we had a band called „Madártej” (which translates to Floating Island, a Hungarian dessert specialty) and performed at the Budai Ifjúsági Park, at the place that now arose to be the Várbazár from its ashes. Actually, speaking of this, I am amazed by the fast tempo of the city rehabilitation in some districts. I remember how the area of Mester utca or Kolosy tér used to look, and how they look today …the difference is like day and night. However, I am at times bothered by the disharmony of the city. It feels like I am travelling through different periods of time as I walk from one street to another, from the past to the future and back again. But I know that some people love this time-travel experience about Budapest. I cannot explain why I am so fond of this city. It is like being in love. I could never imagine myself living in another city or country for a longer period of time. A true local patriot is sitting in front of you.
Back More news