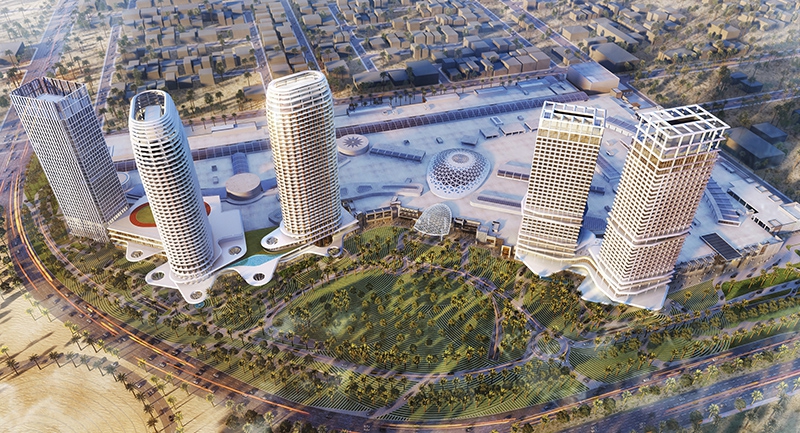 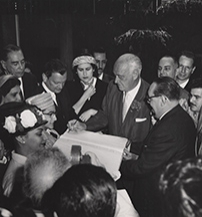 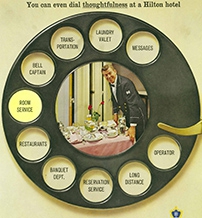 To mark the occasion, hundreds of hotels around the world are extending Hilton hospitality beyond their doors by taking “Random Acts of Hospitality” to their communities – from Chicago to Shanghai, Dublin to Dubai and everywhere in between, including Budapest.

Hilton Budapest recently celebrated Hilton Hotel’s centennial anniversary in style, with a week-long series of programs, focusing on its guests, as well as its employees and the community. The staff was invited on a culinary journey around the world, guests received birthday cookies, while a spontaneous birthday celebration was held by the hotel at the Fishermen’s Bastion, offering muffins and balloons to residents of the Buda castle district and the tourists who were lucky enough to be present (see video). “However, the celebration in not over yet, we keep on celebrating throughout the year,” the hotel’s GM Peter Knoll noted, adding, “Another 100-year-period has just begun. We will continue our work with passion and in line with the vision marked by our founder Conrad Hilton: filling the earth with the light and warmth of hospitality by delivering exceptional experiences to every guest, every time.”

In a statement, Chris Nassetta, President and CEO of Hilton said, “One hundred years ago, Conrad Hilton had a noble idea that travel can make the world a better place. That deep-rooted sense of purpose has fueled our transformative impact all across the globe, as we have welcomed 3 billion guests, employed 10 million Team Members and contributed USD 1 trillion in economic impact. And in the years to come, we will do even more to positively change the world through our Hilton Effect Foundation,” he added, referring to the creation of a new foundation that will become the company’s primary philanthropic arm, internationally. The Foundation launched with 15 grants to organizations that will support communities around the world. These inaugural grants support programs around the globe that are creating opportunities for youth, aiding in disaster recovery, and supporting water stewardship and sustainability. “Our 100th year of hospitality is an opportunity to reflect on how far we’ve come and put a stake in the ground for our future. Conrad Hilton charted an ambitious course for Hilton in 1919, and I think he’d be proud of what we’ve accomplished so far,” Nassetta summarized.

The storied Hilton history in a nutshell

Founded in 1919 in the tiny town of Cisco, Texas, Hilton has pioneered the travel industry for decades, introducing and globalizing the mini-bar (in 1974 at Hong Kong Hilton), room service, air-conditioned lobbies and airport hotels (with San Francisco Airport Hilton). The company was also the first to install televisions in guest rooms (in 1947, starting at the Roosevelt Hilton in New York) and to implement computerized reservation systems (in 1973), as well as introducing the Connected Room (the first hotel room allowing guests to unlock their doors and control their lights, thermostat and TV with a smartphone app). Hilton properties even invented the brownie (in 1893 at The Palmer House) and the piña colada (in 1954 at the Hilton Caribe in Puerto Rico), and opened the world’s first underwater hotel suite at the Conrad Maldive Rangali Island in 2018. Hilton hotels have been the stage for some of the world’s most iconic events, from the first “bed-in for peace” which took place at Hilton Amsterdam 50 years ago, to the world’s first mobile phone call that took place in front of The New York Hilton Midtown in 1973.

Hilton today offers 17 distinctive brands across 113 countries and territories, with more than 5,700 properties. By 2020, Hilton plans to expand to nearly 20 additional countries by 2020. There are already more than 2,400 hotels in Hilton’s construction pipeline, and approximately one of every five hotel rooms under construction around the world is a Hilton.