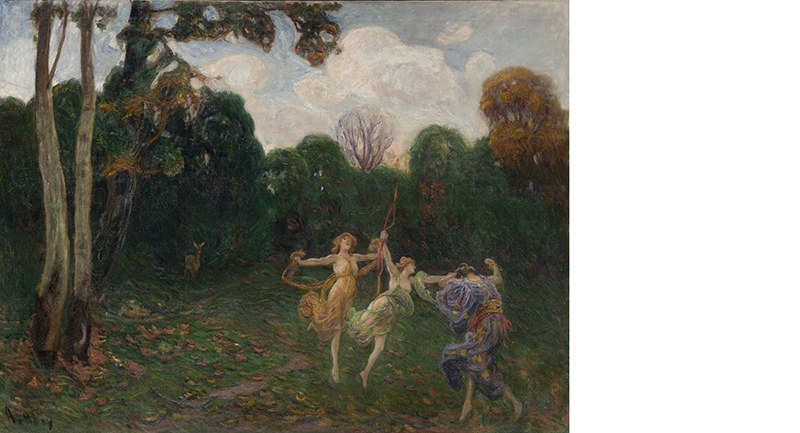 'Hidden stories' presents the life reform movement that emerged in the last third of the 19th century and became popular in Central European countries, and its impact on contemporary artists. “Life reform” is a collective term summing up fin-de-siècle reform efforts of modernization criticism, of which the common features were the return to nature, self-healing and the search for lost cosmic completeness and spirituality. The often arguing trends of this multi-colored movement, which sought to reinterpret the relationship of man with nature, work and God, were linked by joint motto of civilization criticism: “escape from the city”.  The exhibition is open until January 20, 2019 at Műcsarnok (Kunsthalle Budapest).