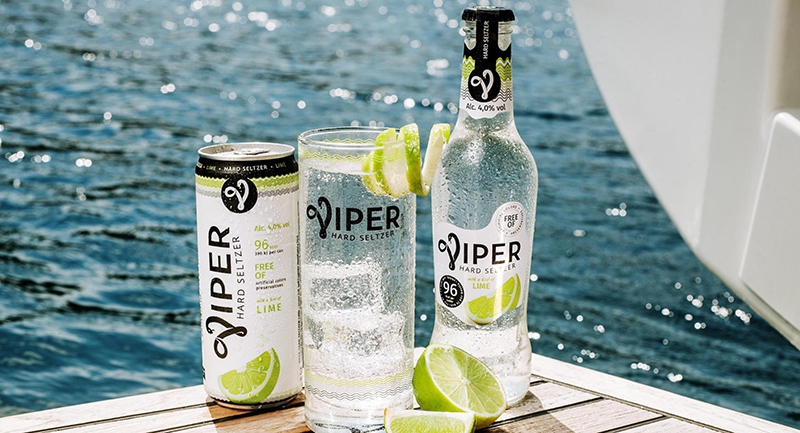 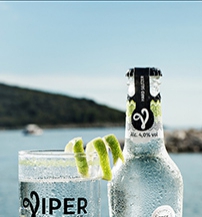 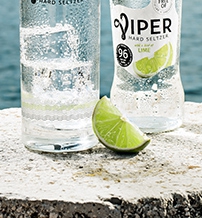 The latest trend of alcoholic beverages arrives straight from the United States. Hard seltzer is a clear, carbonated alcoholic beverage typically with a hint of fruit flavor, where the desired level of alcohol and carbon dioxide is achieved through fermentation. Viper is a hard seltzer, not a beer, although it is made with a similar traditional method, and it will be introduced in the Hungarian market by Dreher Breweries in March.

While the most important and best-known alcoholic beverages were created several hundreds or even thousands of years ago, hard seltzer only needed a few years to completely turn the overseas market of alcoholic drinks upside down. According to some sources, the category itself actually has come about by chance, thanks to two seltzer-loving wives. Inspired by their muses, two good friends from Boston who were also amateur beverage innovators, created the home-made alcoholic version of seltzer in 2013. Currently, experts estimate USD 2.5 billion turnover this year in the US alone, while its fanbase is continuously growing in Canada, Australia and some Western European countries.

„Innovation plays an important role in the strategy of Dreher Breweries, whether it is the continuous expansion of the existing portfolio or the launch of a new beverage category. In line with Asahi Europe & International and its Hungarian subsidiary, Dreher Breweries’ commitment to innovation and keeping up with consumer trends, the new beverage category positioned between beer and traditional long drinks, will be launched in the Hungarian market in March” – stated Gábor Wilheim, marketing director of Dreher Breweries. First, the 0.33 l cans arrive in stores, followed by the glass bottles, containing 96 kcal, with an alcohol content of 4 percent.

„We love unique and exciting drinks” – that is simply the secret of hard seltzer, according to Zoltán Nagy, Viper ambassador, who is the founder and owner of the only Hungarian bar that has earned the recognition of being the World’s Best Bars Top 50. The revered expert of international bar culture associates Viper with Southern citrus flavors, cedar and summer flowers, based on his past personal experience. He adds: “the well-chilled Viper is a perfect choice to drink by itself, poured over ice and a slice of lime, but it can be a perfect base to create new recipes as well.”

During the production of Viper hard seltzer, the clear water is drawn from a spring hidden 100 meters below and brewed in a boiler. As it cools, sugar is added to start the natural fermentation process – to reach the proper levels of alcohol and carbon dioxide. The liquid is then further purified to produce the ultimate taste and the transparent colour, enriched with refreshing lime flavour.

„Viper is expected to form a serious fan base among those who enjoy experimenting and looking for new trends, as well as those who look for beverages without artificial additives or colourings. With its natural flavour, its trendiness and simplicity, it is the perfect alternative for curious consumers in search of conscious, quality experience” – stated Rita Hruska, marketing manager for international brands of Dreher Breweries.