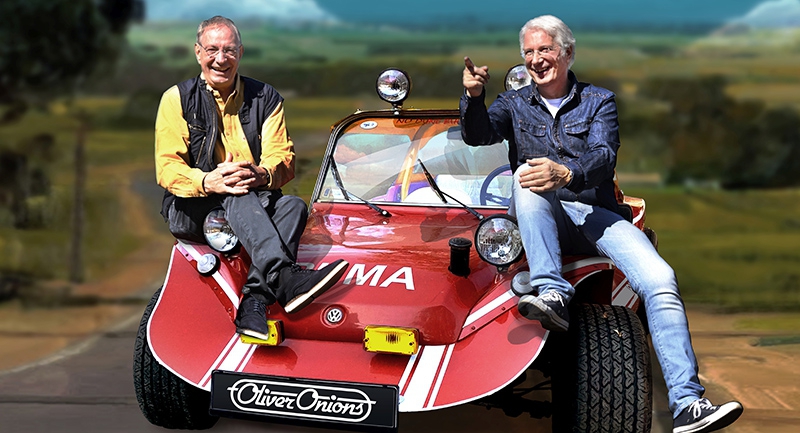 Guido and Maurizio De Angelis are among the most famous movie soundtrack composers in theworld, credited for soundtracks such as ‘Sandokan,’ ‘Orzowei,’ ‘Around the World with Willy Fogg’and ‘Zorro’. They’ve played all genres and their songs stormed the European charts.

One of theirflagship songs, 'Santamaria', for example, stayed at the top of German charts for several weeks in1980. Under the name of Oliver Onions, they composed soundtracks for most Bud Spencer and Terence Hill movies, but their work didn’t end there: during their long career they worked and composed music under several aliases like Guido & Maurizio De Angelis, M&G Orchestra, Dilly Dilly, and Oliver Onions. With this concert, the world-famous composer brothers would like to show their respect and say farewell to the recently deceased Bud Spencer, who was their personal friend. The soundtracks of famous movies such as ‘Watch out, we’re mad!’ ‘They Call Me Trinity’, ‘Even Angles Eat Beans’, ‘Crime Busters’, ‘Sheriff and the Satellite Kid’, ‘Banana Joe’, to mention only a few, will be brought to life during a concert in Budapest. World renown Italian actor, Terence Hill agreed to undertake the role of a patron for the charity auction that takes place during the event. The organizers will be auctioning an original, renovated Dune Buggy, one similar to that seen in the legendary movie, 'Watch out we are mad!'. The winner bid will be announced by Terence Hill during the concert and the car will be presented ceremoniously to the highest bidder. Another world-famous actor, Kabir Bedi from the popular 80's series 'Sandokan' will also be a guest during the event.