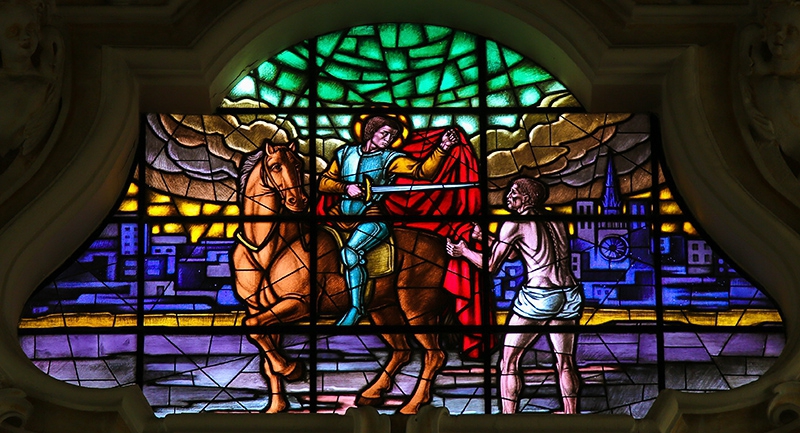 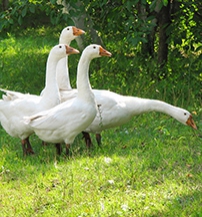 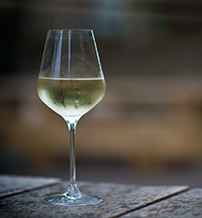 Geese, wine and a canonized bishop

In Hungary the St Martin Day traditions draw back to several centuries. In the Middle Ages Martin Day was one of the most popular festivals while today the Martin Day goose has its renaissance. Goose and fresh wine are a must on St Martin's Day, so more and more restaurants tend to organize a complete goose-week at this time of the year, furthermore, throughout the whole country, craftsman programs, treats with music and wine tasting feature the day of November 11.

The question arises, what are the roots of this tradition, also what is the original relation between geese, wine and St Martin? The yet to be canonized Martin was born in 316 as a son of a Roman tribunus somewhere near today's Szombathely, later at his father's request he became a soldier in the legion. He excelled not only with his valor but with his goodness and his compassion towards the ill and poor too. According to the legends, one winter he caught sight of a beggar shivering by the city-gates of Amiens and he pitied him so much that he cleft his cloak and gave one half to the poor needy. The following night Jesus Christ appeared in his dream revealing he was that beggar and it was him Martin did well by. Following this vision, Martin decided to get baptized at the age of eighteen. He left the army when he was twenty and joined St Hilarius, bishop of Poitiers, who soon chose him to be a smaller decorum of the Church and commissioned him to spread Christianity. In about 371 the people and the clergy appointed him to be the bishop of Tours. When he heard the news of being nominated for this position, in his great humbleness he hid himself in a geese hutch from the deputy coming for him. However, the poultry made a huge noise by their gaggling and fluttering, revealing his cover. Finally Martin resigned himself to the public will and due to the geese's intervention he accepted the position as a bishop. He is believed to be a convincing and trustworthy clergyman who led a strict, self-denying life. He had the first Christian chapel of the town built, and tradition has it, his philanthropy, goodness, clemency, simplicity, justice and excellent eloquence made him extremely popular. He died in Candes, near to Tours, sometime between 397 and 401. When canonized, he became the patron of soldiers, travelers, captives, prisoners, peasants and shepherds and turned out to be the most popular saint of the Middle Ages. Following his death, the cult surrounding him spread like a storm in the Christian provinces of Europe, thus in Pannonia as well. His memory is kept in place-names, prayers and altar-pieces.

The first written documents about the St Martin Day Goose feast draw back to 1171. Beyond the legends of St Martin there several more down-to-earth reasons for why this particular poultry is meant to be eaten on this particular day: by this time of the year stuffed geese gain their necessary weight to be slaughtered (if one wishes to precisely follow the traditions then he should have the just-fried goose at exactly 11.11 a.m. on Nov 11). “Those who do not eat goose on St Martin's Day will starve in the next year”, thus feasts used to be held throughout the whole country so that people could lavishly eat and drink in the following year. The roots of this tradition can be traced by the pagan Romans as well as the Germans; they were the ones who sacrificed poultries for their gods, thanking them for the harvest and asking for a good or better harvest in the next year. By the time passed these bloody events gentled to become jolly feasts and due to the further spread of Christianity, Nov 12 became the very first day of the 40 day long Lenten tide (till Twelfth Night) in many people's lives, so before the Lenten they could have a huge feast with the permission of the Church.

At the end of the St Martin's Day roast goose dinner, it is a tradition to clink glasses with new, fresh wine which is known as ‘Martin’s’ glass. According to a legend, the wine is judged by St Martin himself, that is, this is time when the new wine is ready to be drunk; others believe whether the wine is consumable depends on the autumn weather. Allegedly, the more the wine we drink, the more the strength and health we consume. Furthermore, those who get merry from the wine on St Martin's Day will escape stomach- and headache next year. The culture of new wine in Hungary started to disperse in the mid 1990's. St Martin's Wine, Villany vintner, Jozsef Bock's wine was first one to be opened solemnly on November 11, 1996. Since then, due to the hard-work of vintners and wine marketing managers, the process of opening and drinking a bottle of new wine has become an important part in the St Martin's Day goose feast. Moreover, according to the folk belief, with the sternum of a goose the weather of the following months can be predicted: if the bone is white, winter will be long, snowy and cold, if it is brown, then we can expect a rainy, splashy weather. The bones are taken to the porch and people watch the sunset through the sternum. If the sun sets in clouds, winter will be mild, but if the sky is clear, winter will be hard.

St Martin's Day used to be the last festival of the year. By this time, the new wine had already been in casks; flour and the harvested crops had been sacked and stored in cells. In folk cultures the date, November 11 was an agricultural deadline. Agricultural works were done, serfs reckoned with their lords, servants got their annual wage along with a goose because the poultries, got accession in the summer, had to be decimated before the beginning of winter. Craftsmen gave a treat to their scouts, candles were lit, and this is why the goose dinner is also known as ‘candle dinner.’ This day used to be a so called ‘job-prohibitive day,’ when even washing and drying were not acceptable, as work might have caused the death of stock. This was also the last market day of the year. In many places, Martin’s Day balls, fairs were held, people visited each houses, made bows, presented birches to the lord of the house and those who kept this birch, used it in spring to shepherd their livestock. The cult of St Martin is especially intense in the Trans-Danubian regions, since Martin came from the western part of today’s territory of Hungary.