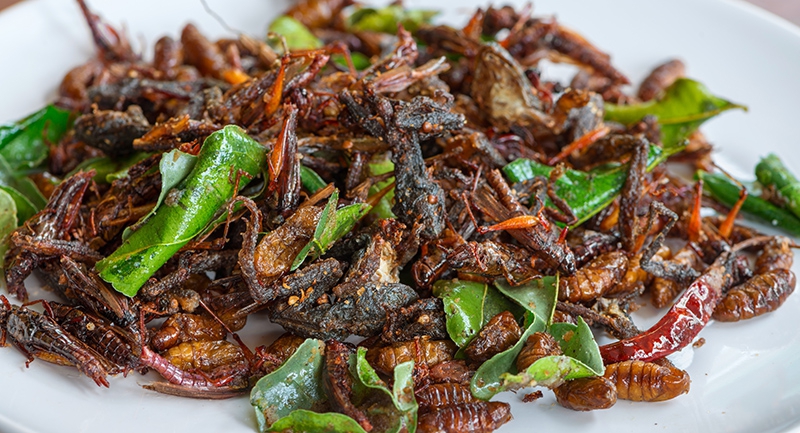 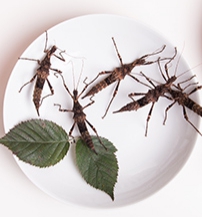 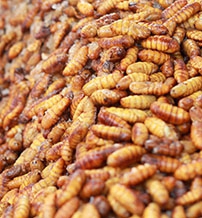 Dutch professor of Entomology gave a real challenge for gastronomists and chefs. He wants to find out what most people think about the future potential of insects as a global food resource.

Arnold Van Huis, Professor of Entomology at Wageningen University, says bugs are nutritious and full of goodness and if people in the West could override their culturally indoctrinated sense of disgust, the environment would benefit. He believes a population explosion and rising living standards have caused a “meat crisis”. “Twenty years ago people ate just 20 kg of meat, now it is 50 kg," he states. "In 20 years from now it will be even more and we will soon run out of planet.”

To prove his point Professor Van Huis gobbles up a couple of freeze-dried crickets. He says they taste good and are packed full of vitamins. Insects are often eaten to bulk out the diet in Asia, where a hot climate means they are a bountiful foodstuff. But if they were farmed on an industrial scale they would be an environmentally friendly alternative to meat. Insects are cold blooded so they do not need to convert food energy into heat; consequently you get more bug for your buck. Insects also emit 10 times less methane than their traditional farmyard alternatives. Some companies in the West are already experimenting with the buggy delights.

It may not sound tempting but when insects are ground down and mixed with spices the taste and knowledge of what you are eating is disguised but the nutritional benefits remain. Sky News – in the interest of world-saving research – tried out some insect dishes on unsuspecting shoppers at a Dutch supermarket. The reactions were mixed; many shoppers looked horrified but others ate their grasshopper chicken nuggets with gusto saying they tasted just fine. Professor Van Huis believes his work could take the strain off the planet. His mission now is to convince a sceptical public that bugs do have a place on your plate.