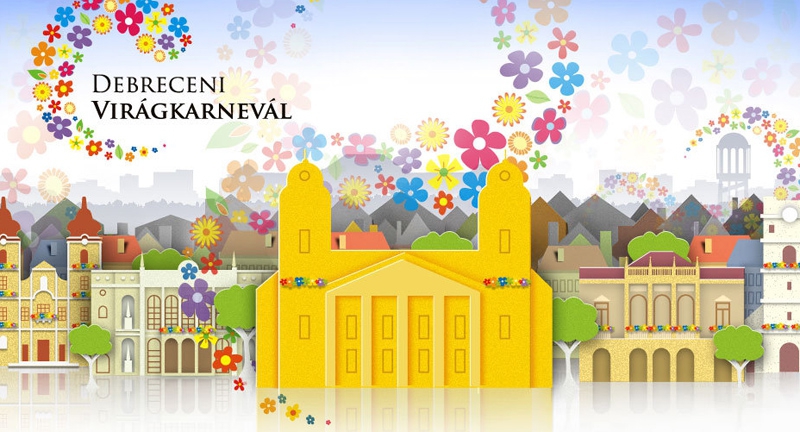 One of the most famous festivals in Hungary is the Debrecen Flower Carnival. From August 12th for twelve days, more than 50 programs will be entertaining visitors.

Since 1966, the Debrecen Flower Carnival has been held on or about August 20th in honor of the founder of Hungary, Saint Stephen and the New Bread Festival. The internationally renowned event brings spectacular flower arrangements to the city, accompanied by Hungarian and foreign bands, majorette groups and brass bands. In addition to the activities downtown, the Nagyerdő Stadium and the Open-Air Theater at Békás Lake are also the permanent venues for carnival programs. On August 20th at 7 pm at the Nagyerdő Stadium, the Carnival Night begins, which is the largest arena show in Hungary, where the arena literally blossoms and where more than 2,000 domestic and foreign dancers will entertain.