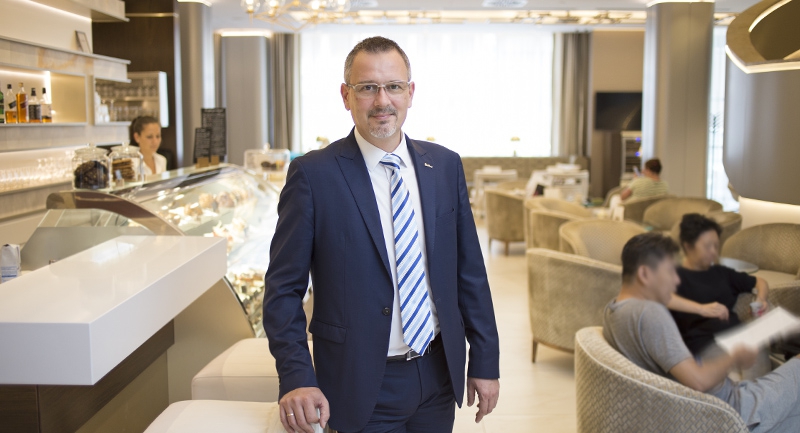 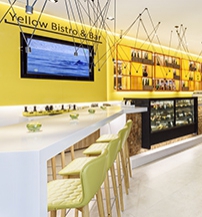 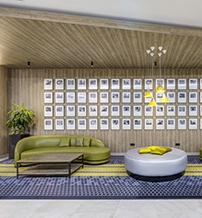 The hotel industry, undoubtedly, is defined by its movers and shakers: those who dare to start something brand new and change things for the better. In the past few years, the Danubius Hotels Group has been notably active in starting and completing thorough renovations in its properties. The most recent hotel upgrades in the Hungarian capitol have made Hilton Budapest, the Radisson Blu Béke Hotel and the Danubius Hotel Helia more attractive and appealing to future guests.

Csaba Varga, General Manager of the Radisson Blu Béke Hotel and the Danubius Hotel Helia, says that the Danubius Hotels Group refers to the construction as a ‘regeneration project,’ which aims to improve guest experience from arrival to departure, for business and leisure travelers alike. “It is every hotel manager’s dream, to see his hotel beautified,” he adds. “I can say that my dream has come true. Twice.” The GM reveals that such volume of renovation has never been seen in the company's life. “It is a real milestone. HUF 2 billion was spent on our two hotels alone, so far, modernizing the conference center and the community areas at both venues. At Radisson Blu Béke Hotel, rooms have also been reconstructed. There, we had to strip the walls back to brick. It was like a ‘Format C:’ on a hard drive,” the G.M. notes, revealing that when it came to planning their future rooms, they asked returning guests to test the mock-up rooms. “We found their feedback extremely useful, and many of their ideas are literally built into the rooms which are now totally sound-proof, and easily manageable in terms of temperature and lighting. To meet the Radisson Blu standards, all rooms feature the so-called ‘BluPrint design’ with ergonomic furniture, wood flooring and multi-technology such as Smart TV and AirPlay Mirroring - projection of photos and presentations to the TV. We have also upgraded to anti-allergenic mattresses and king-size beds. After all, comfortable hotel beds which ensure a good night’s sleep, are the very essence of a hotel’s business.”

According to Varga, the conference and meeting rooms at Radisson Blu Béke Hotel were updated in line with the Radisson Blu brand’s ‘Experience Meetings Concept’. “Conferences and special occasions benefit from modern AV and full event technology, along with custom catering menus such as ‘Brain Food 2.0’. Due to the mobile walls, 13 meeting rooms are available in the facility, referred to as the Experience Center, which now offers over 973 square meters of event space, where the largest venue can host up to 300 delegates. Groups can make the most of our Radisson One-Touch App, which is much more than some fancy gag, due to its highly practical attributes: for instance, conference organizers can create closed group accounts and communicate to the group members easily, without any printed materials.” At Danubius Hotel Helia, a multi-story conference center is now available, capable of accommodating a total of 800 guests at a time, offering state-of-the-art audio, visual and lighting technology.

“To accommodate changes in consumer trends, the renovation process gave particular weight to considerations of gastronomy,” Varga says. “At Danubius Hotel Helia, the common areas and the former coffee shop have been transformed into an inviting, spacious, bright and open place, with comfortable armchairs and sofas. Here, the new Yellow Bistro & Bar and the Piano Lounge await guests offering refreshments, healthy fares as well as specialty coffee, and an a la carte menu which takes on a modern bistro feel, to win over the tastes and expectations of all the regular customers at the swimming pool as well as curious diners, and those seeking exciting new flavors.”

The new layout of the lobby at Radisson Blu Béke Hotel also follows the ‘Agora concept,’: guests entering the 105-year old building arrive to a lobby-café-reception, immediately facing a bar under the emblematic Haranghy Dome (commonly known as the Béke Kupola). “Our Zsolnay Café, is a meeting point where tradition meets renewal, and where coffee and tea is served on the world-famous Zsolnay porcelain,” the GM adds. “The bistro menu includes all-time favorites such as Caesar salad and beef consommé, and, for the delight of the jetlagged, breakfast is available anytime during the day, this is called ‘brinner’. We are very proud of our sweets selection, especially the lactose and wheat flour free desserts with no added sugar, which are the signature creations of our Pastry Chef, György Bechmann.” According to the GM, György is a jury member at Hungary's ‘Sugar-free Cake Competition,’ organized by the Egy Csepp Foundation, an organization that Radisson Blu Béke Hotel supports. "We help them fight for the prevention and early recognition of diabetes by organizing campaigns, events and free public blood sugar measurements, sometimes at our premises.”

“The new image for both the Radisson Blu Béke Hotel and the Danubius Hotel Helia was dreamed up by a Spanish interior design company led by Natalie Rottenburg, who we asked to stick to a timeless design instead of something trendy, because trends change fast,” the GM notes. “In the case of Radisson Blu Béke Hotel, of course we asked her to respect the building’s original character and artistic heritage marked by the beautiful stained-glass windows and frescoes created by Hungarian artist Jenő Haranghy. I believe she has done a tremendously beautiful job allowing guests and staff to experience history without sacrificing modern amenities, every time they enter the hotel."

The two hotels Varga manages are similar in many ways, including size (Helia has 262 rooms while the other has 247), the number of employees (110 to 120 people per hotel) and even their business and guest mix. The profile, in terms of strength in MICE, is also similar. According to the GM, the two hotels make up a symmetric cluster. “On the other hand, Danubius Hotel Helia is a wellness hotel, while Radisson Blu Béke Hotel is a city hotel that should further build on its superb central location at Teréz Boulevard, targeting locals, too, with its culinary offers,” highlights Varga, who manages to spend an equal amount of time at both venues. “I prefer being present, and available, at any time, for any issues,” he says, reassuring that he, indeed, has a well-built HR manager background and that he finds it important to organize cross-trainings and everything that helps maintain loyalty among his colleagues. “For discovering and developing talents, we have introduced a mentor program named ‘Shadow’. Our hotels have just become more attractive – naturally, the level of service, which hangs on our people, has to be equally high."