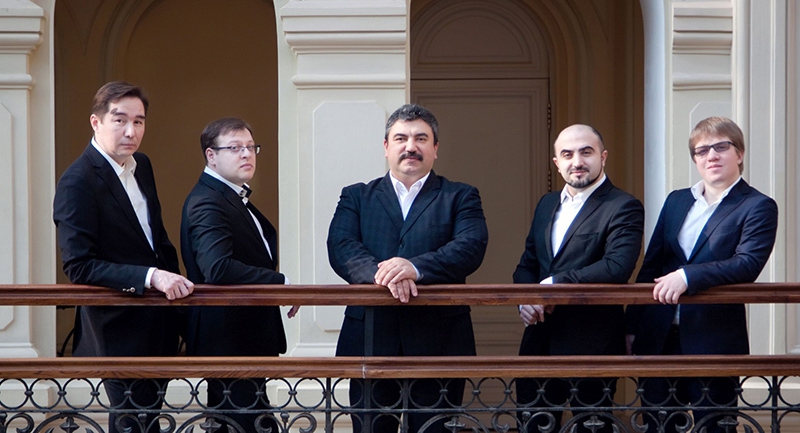 The special voices and musical talent of the world-famous Doros Quintet can be admired almost every day in the Vasla Blazennij Cathedral on the Red Square in Moscow but it is the first time that they come to Hungary!

On May 2 in Győr, on May 3 in Nyíregyháza, and on May at the Central Church of the Assumption of Our Lady in Budapest, a joint orthodox Easter concert with the St. Ephraim Male Choir will be held, presenting the most beautiful grandiose and Easter melodies of the Eastern Church. In addition to traditional ancient liturgical songs from the Holy Land through Syria to Georgia, pieces of major Bulgarian, Russian, Italian, Hungarian, Ruthenian and Ukrainian masters - Balakirev, Boksay, Degtarev, Diletsky, Hristov, Ippolitov-Ivanov, Rachmaninov, Schiavo and Sáry - will be heard. The concert is the 8th edition of the St. Ephraim Male Choir's Orientale Lumen series. Tickets for the concert are already available on Jegy.hu and on the choir's website.

The name of the Quintet translates to "gift" in Greek (referring to singing as a God given gift, which the Quintet wants to pass on to the public). Moscow's most famous male vocal ensemble and the St. Ephraim's Male Choir were both founded in 2002. Head of the Russian Choir since the foundation is Constantin Senchenko, who graduated from the Nizhny Novgorod Conservatory.  Founded and led by Tamás Bubnó, St. Ephraim Male Choir is named after a Syriac-Aramean Christian deacon and a prolific Syriac-language hymnographer and theologian (306-373) – who was honored with the title "The Harp of the Holy Spirit" by his contemporaries. It was noted that his songs, hymns led many people back to the "true path." The purpose and mission of the Hungarian Heritage and Budapest Brand Winner St. Ephraim Choir is based on three pillars: researching and presenting the vocal heritage of the Byzantine rite Christian world, nurturing the Hungarian male choir tradition (Liszt, Bartók, Kodály, Ligeti), as well as the promoting vocal contemporary music.