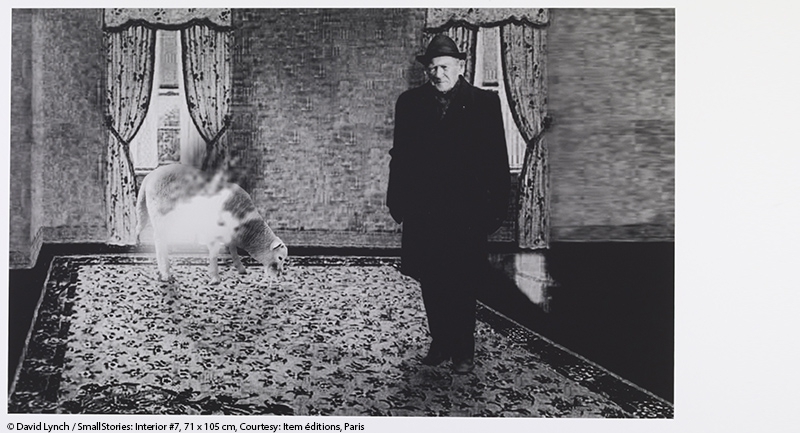 David Lynch is best known for his blockbusters and TV series such as Blue Velvet, Mulholland Drive and Twin Peaks; is less known that the American filmmaker is also a painter, musician, actor, and photographer. His photo exhibition debuted in Budapest's Műcsarnok (Kunsthalle) as part of the Budapest Photo Festival, presenting surreal images based on photo montages as well as reinterpreted portraits and reproductions which open up dimensions of space and time, making up a universe well known from the Lynch films. The exhibit, Small Stories takes visitors on a psychedelic journey through the world of emotions, humor, playfulness and restlessness, while unveiling past memories and scars. Similarly to his films, these images are dominated by dreams, with the fundamental driving force of his poetic vision being the connection between the subconscious and reality. The glowing tension of invisible connections, the unveiling of unspeakable feelings and the unleashing of fantasy create a inimitable atmosphere.
The exhibition is open until June 1.