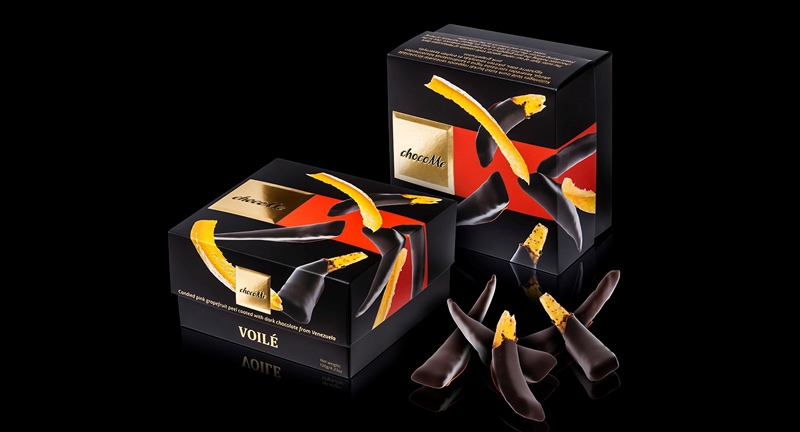 chocoMe continues its international tour the force, pocketing five awards at the London based competition: one three-star award, one two-star award, and three one-star awards.

The chocoMe company is the first Hungarian chocolate manufacturer with a three-star award in the history of the Great Taste Awards competition. This achievement is also remarkable because of  the strict jury - only 165 of the 12,366 entries have been awarded with the three-star award. In the prestigious international competition, candidates can enter in different product categories.The chocolate manufacturer has pocketed five awards at the London based competition: one three-star award, one two-star award, and three one-star awards. It seems that the gastronomists of the world's largest and most rigorous food tasting competition have been absolutely beguiled by the perfect chocolate miracles created by the Hungarian company.
The winner of the three-star award is a chocoMe Raffinée creation- Piemonte hazelnut covered in ground Ethiopian Harrar coffee and hazelnut flavoured milk chocolate. This is the first creation of chocoMe that won a Gold Medal at another international competition, as well as a Three-Star award at the Great Taste Awards and has thus officially become the company's best product. With the award received for the magical union of pink grapefruit peel and Venezuelan chocolate, each of the five flavours of chocoMe's Voilé brand achieved international, professional recognition at least once.
The winners of the Great Taste Award in 2017 for chocoMe:
One-Star awarded products:
• chocoMe Entrée (BL101) Valrhona 32% blond chocolate - Maldon sea salt - Black sesame seed - Almond
• chocoMe Entrée (BL105) Valrhona 32% blond chocolate - Black sea salt - Pecans - Cashews
• chocoMe Voilé (VL105) Candied pink grapefruit peel coated with dark chocolate from Venezuela
Two-Star awarded product:
• chocoMe Raffinée (RF112) Cantonese macadamia nut coated with blonde chocolate and tonka beans
The Great Taste Award review of the product:
“A chocolate that takes you on a flavour-filled journey. Each flavour layer changes and gets better and better as you suck it. Lovely warm hints of cinnamon of the tonka bean, creaminess of the chocolate before biting into the macadamia to finish. A truly unique yet great experience.”
Three-Star awarded product:
• chocoMe Raffinée (RF110) Piemonte hazelnut covered in ground Ethiopian Harrar coffee and hazelnut flavoured milk chocolate
The Great Taste Award review of the product:
“Chocolate and hazelnut with the wow factor - the hazelnut is well roasted and has a very good flavour, and the chocolate is excellent, silky and dissolves in the mouth with just a hint of ground coffee.”
With this outstanding achievement, chocoMe received its 44th international professional award. The company's secret lies not only in the use of special ingredients and technologies, but also in its passion for unforgettable flavours and in the commitment to high quality, which turns out to be an exemplary quality both at home and abroad.
Back More news