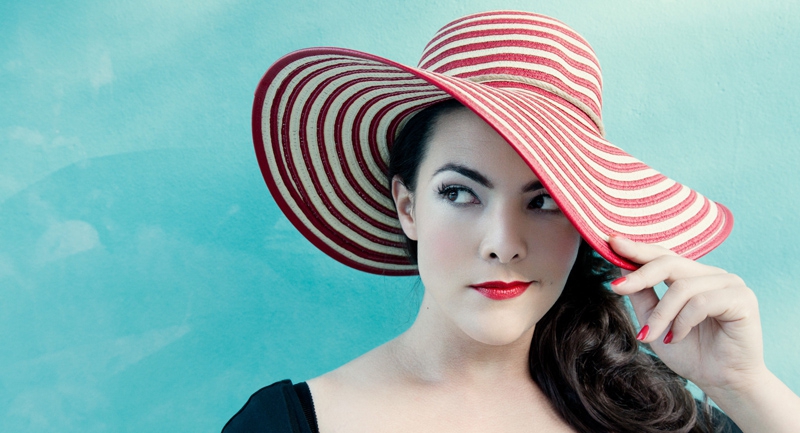 Dutch singer Caro Emerald's first solo concert in Hungary will be staged at Papp László Budapest Sport Arena on February 26. Her live performance is not to be missed, get your tickets ASAP!

Now 36 years old, the singer was born as Caroline Esmeralda van der Leeuw and trained as a jazz vocalist at the Amsterdam Conservatory, where she graduated in 2005. She is often praised for her outstanding live performances which heat up her audience after a few minutes.

Inspired by films and music from the 40s and 50s, Caro Emerald’s first album titled ’Deleted Scenes From The Cutting Room Floor,’ was an exciting collection of 12 original songs. The album featured ballroom jazz, cinematic tangos, groovin' jazz tracks and infectious mambos that sounded as if they were recorded in the golden age of Hollywood. However, the smoking beats, catchy songs and inventive production marked Caro a present-day phenomenon. Overall, the album spent 30 weeks at Nr 1, breaking a record set by Michael Jackson's Thriller and selling a stunning 260,000 copies, within the year, in Holland alone. The album was released in over 40 countries with total sales over 1.4 million in Europe Caro and her team received numerous national and international awards, and Caro performed at almost every major radio and TV show in Europe. May 2013, the second album ’The Shocking Miss Emerald’ was released. It repeated the debut album’s international success and entered at #1 in the UK album chart. In between conquering Europe, Caro and the team reserved as much time as possible gathering and recording ideas for their new album which was released as an EP called ’Emerald Island’ in spring 2017 throughout Europe.