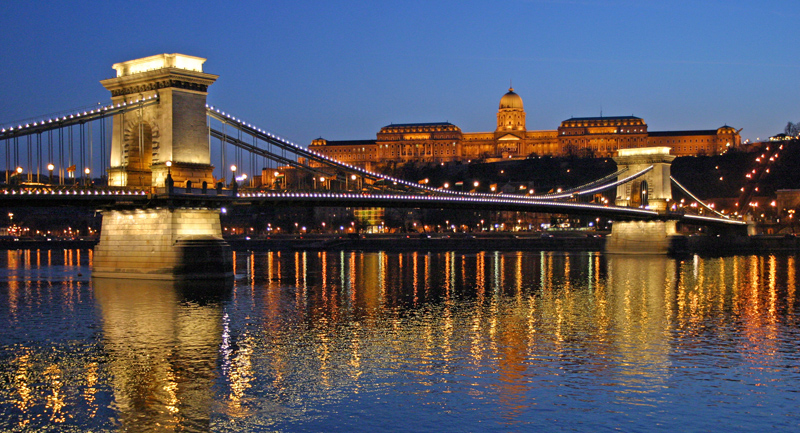 Budapest Marriott Hotel announces a unique competition on which an entrepreneur with the best catering concept wins the chance of his life: the opening of a restaurant, or any other type of catering venue on the Danube promenade, relying on the USD 40,000 fund of the hotel.

In order to fill one of its premises currently standing empty on the Danube promenade, Budapest Marriott Hotel launched the ‘Cut into the business of your life!’ competition on May 28. The so-called CANVAS contest of Marriott is open to candidates with minimal experience in hospitality who were unable to open their dream place by now adding new colours to Budapest due the lack of funding. The business model named CANVAS concentrates on the unique experience and the person who brings it to life – the hotel provides everything for him: a 110 m2 space with plenty of opportunities, financial support and the hotel chain’s priceless knowledge base.
‘With the CANVAS project, which is open to everyone, not just for Marriott employees for the first time, Budapest Marriott Hotel starts out on a new road. Our aim is to make the hotel the most attractive for both the youngest generation of travellers and those living in town. There have already been a lot of trend-setting new ideas leaving their marks on the atmosphere of Budapest, think about the trademark ruin bars, for example. Here, at Marriott, we are ready to embrace innovation, we are ready to be pioneers, and for that reason we launched the ‘Cut into the business of your life!’ competition’ – said Rick Enders, General Manager of Budapest Marriott Hotel.
Candidates who may enter on their own or as a member of a team have three weeks starting with 28 May to set up and upload their detailed catering place concept to the contest website covering the business plan, the menu and the design ideas. The best five entries will be chosen by the management of Budapest Marriott Hotel and the representatives of the parent company judged by the originality of the concept, the business potential they offer and the overall feasibility of the idea, and will be then taken to the jury consisting of well-known Hungarian experts in gastronomy and the General Manager of Budapest Marriott Hotel. Finalists will have to prove their worth in front of Rick Enders, gastrobloggers Zsófia Mautner and András Jókuti, as well as Lajos Bíró, the chef of Bock Bisztró, on cook-off events to be held on 23-24 in the future catering place. During the two days, finalists will have to present their concepts and have to cook a chosen meal from the place they envisioned. These will be evaluated by the jury on spot until they announce the winner on July 25.

As Budapest Marriott Hotel has already started the preparation for opening with the works on the infrastructure of the place before announcing the competition, the realization of the winning project shall not take longer than three weeks. The basic infrastructure that can be paired up with different sorts of catering place costs USD 30,000 for Marriott while there is a neat sum of USD 10,000 left to the winner who can use this amount (around HUF 3,000,000) to convert the space into the place he imagined. The winner of the competition will become a Budapest Marriott Hotel employee as the manager of the place whose opening is expected around mid-July and will receive profit share.