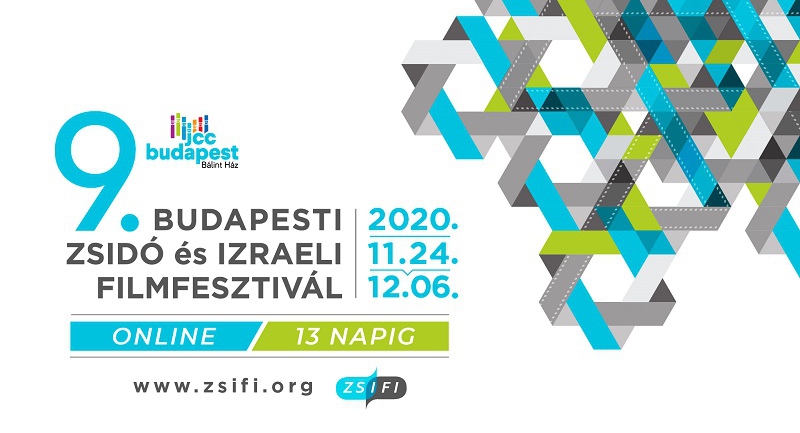 The 9th Budapest Jewish and Israeli Film Festival kicks off today to be held until December 6.

With an extensive line-up of recent cinema depicting today’s Jewish culture and heritage around the world, Budapest Jewish and Israeli Film Festival is the largest event of its kind in Central and Eastern Europe. This year’s program features a fresh selection of pictures from Germany, the United States, Israel, Norway, Austria, and Hungary, as well as a variety of satellite events, roundtables, discussions. As many routines and practices in all walks of life, the festival goes through a major transformation this year: all screenings go fully online, that is the movies and other programmes are available via online streaming in Hungary. „Budapest Jewish and Israeli Film Festival’s core value tratidionally is togetherness, a sense that we all share this world and have to think, act and live accordingly. As having to distance ourselves physically, these days we face an urgent need for maintaning social bonds in any available way. We believe that arts and culture are vital to keep us connected, thus we thrive to give a genuine film festival experience to our audience – apart from that screenings move from the cinema halls to living rooms ” – said Marcell Kenesei, festival director. This year’s movie selection features Resistance, a riveting story of mime Marcel Marceau working with a group of Jewish boy scouts and the French Resistance to save the lives of thousands of orphans during World War II, starring Jesse Eisenberg. Born in Jerusalem and Still Alive, a black comedy from Israel follows Ronen Matalon’s journey to overcome his anxiety of terror attacks. Ronen uses writing and guiding a tour of terror-attack sites along Jerusalem’s Jaffa Street to try and break free from his trauma. A great and exciting example of the current Russian cinema, The Humorist is a film about a week in the life of Boris Arkadiev, a fictional Soviet stand-up comedian. Boris is tormented not only by external oppression and censorship but also by his own insecurities that poison all his relationships.