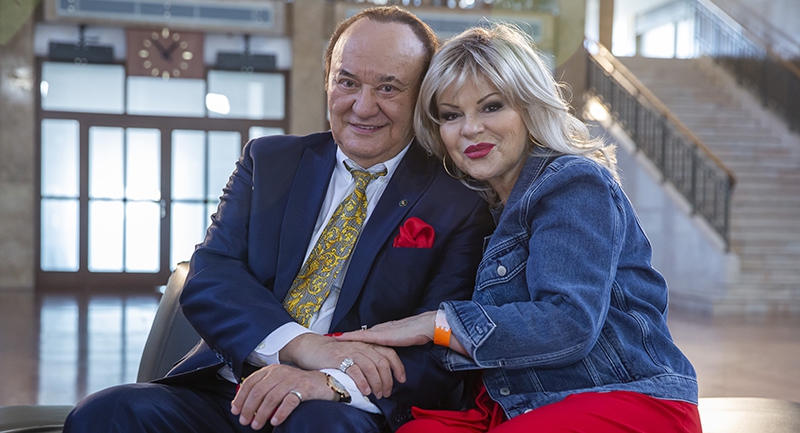 Budapest Airport has prepared a huge surprise for retro music hit lovers and György Korda fans, also celebrating the easing of the travel restrictions introduced on account of the pandemic. The airport operator re-recorded the now 40-year-old music video for the song “Reptér” (Airport) by György Korda, with the involvement of one of the most recognized Hungarian directors. The music video will be available publicly from 5 July. Alongside the familiar locations, the iconic song, which evokes the thrill of travel, the atmosphere of flying, great encounters and elated smiles, offers a glimpse of the new airport environment that more and more passengers will hopefully encounter in the coming months, as traffic increases.

The iconic composition by Péter Máté and S. István Nagy has been the anthem of the airport for 40 years, evoking the hustle and bustle of the gateway to Hungary, the diversity, the excitement before travel, the meeting of cultures and the freedom of flying. A more modern, energetic, rearranged version of the song was released last year, with the participation of Klári Balázs. The new music video follows this rearranged version, and is available publicly from today on Budapest Airport’s Facebook page and YouTube channel.

Budapest Airport was 70 years old in 2020; Budapest Airport wanted to make this anniversary more memorable with the involvement of the popular singer. However, the coronavirus pandemic prevented this from happening, but the airport operator did not give up on the celebrations, and this year, implemented the concept it dreamt up last year. What is more, the debut of the video clip this year is more topical than ever, as it celebrates the dynamic restart of passenger traffic, which had come to an almost complete halt on account of the pandemic. From 1 July, the European Union's green card allows more freedom of movement within the Union, therefore, it can already be seen that more and more people choose air travel again.

The new clip features both old and new locations at the airport. We can once again see the interior and the central hall of Terminal 1, a protected historic building, but the familiar tunes also ring out in the newest airport buildings, such as Pier 1, handed over last year, Pier B, completed in 2019, and the central building, the SkyCourt.

“This is an old dream come true for me, so I didn’t hesitate for a minute when Budapest Airport and the crew contacted me. I loved the joint work; it was a great experience to go back in time and to soar with this song again. I would like to leave this video clip as a legacy for all aviation lovers, and I hope our audience will listen to it again with great enthusiasm,” György Korda recounted about the shoot.

Katalin Valentínyi, communications director for Budapest Airport said: “We felt it was our mission to re-record the 40-year-old music video, as this song is, if we may say so, the anthem of the airport. It was a great honor, an emotional and uplifting feeling to work with György Korda and Klári Balázs, and to together bring new colors, new dynamics and a more modern imagery to this much-loved song, in a revamped airport environment. With the new music video, we also hope to finally say goodbye to the travel restrictions that have been with us for a year and a half, and welcome not only the airport that has served us for 71 years now, but also the freedom to travel.”

The music video was directed by András Galler, known under the artistic name Indian, who has shot music videos for many acclaimed Hungarian artists, and has worked on several major television productions. The crew of nearly 40 people filmed simultaneously on several locations for two days, for a total of more than 24 hours. Interestingly, the music video also features two of Budapest Airport’s employees, one of whom has been working at the airport for nearly three decades.

Director András Galler emphasized in connection with the cooperative effort: “It was an exciting challenge to incorporate a modern feel and pulsation into the music video celebrating its 40th anniversary. The original images and locations, such as the windsock, the aircraft taking off and Terminal 1, appear here as well, creating continuity and permanence, but it was important to give the new locations a greater role. With brighter, more colorful images, faster cuts and a lively choreography, we wanted to make the music video dynamic, and convey the excitement and the liberating feeling of travel. We also wanted to retain the humor of the original video; this could not have been done without the personalities, the experience and the joviality of György Korda and Klári Balázs.”