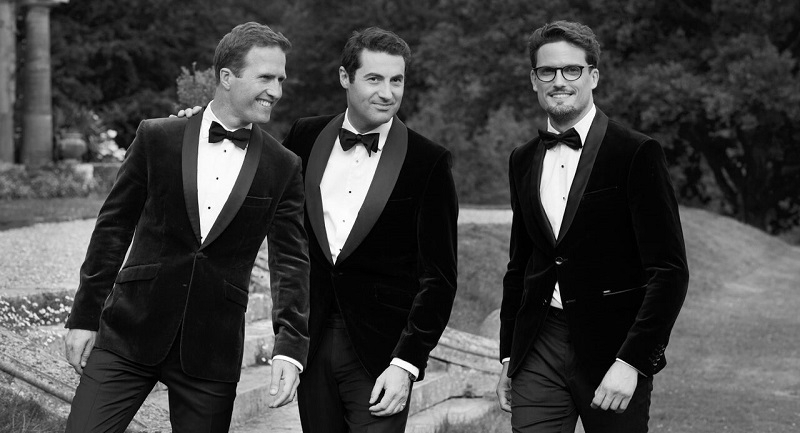 Renowned for performing classical and pop songs in stunning harmony vocal arrangements, BLAKE is three young men, Ollie Baines, Stephen Bowman and Humphrey Berney, who enthral fans the world over with their amazing singing, hit albums and charismatic stage presence. They will step on stage at the Budapest Arena on January 18.

With over a million albums sold, No. 1 hits in ten countries and nearly 150 TV appearances around the globe, they continue to build their reputation as one of today’s most eclectic and exciting classical ‘crossover’ groups. Their friendship and musical careers date back to their school days, but just six months after reuniting as adults via Facebook, Blake were ready to launch their debut album in 2007. It was a phenomenal success going straight to No. 1 on the UK Classical Album Chart and taking the pop charts by storm. With over 100,000 copies of the album selling in just three weeks, the group earned their first Gold Disc. The album received the Classical Brit Award for Album of the Year in 2008.

Their second album, And So It Goes, went straight in at No. 12 in the UK pop charts and No.1 in several classical charts around the world. In 2010 Blake’s original track, ‘Beautiful Earth’, was selected by the World Wildlife Fund as its Earth Hour Anthem. The group was invited to perform at the Olympic Stadium in the run-up to the 2012 Games. In 2013, they launched their fourth album ’Start Over’ revealing a new contemporary and original harmony sound. In addition to their worldwide touring schedule, Blake also find time to perform and work as ambassadors for their many selected charities, which include Cancer Research, The War Widows Association, The World Wildlife Fund, Clic Sargent, The Prince’s Trust, Variety (The Children’s Charity), MIND, Starlight, The Royal British Legion, Help for Heroes and Walking With The Wounded. Towards the end of 2014, Blake released their fifth album ‘In Harmony’. To celebrate their 10th Anniversary in 2018 Blake released their Anniversary Album in March which shot straight to Number One in the UK Classical Charts and it remains in the charts today.