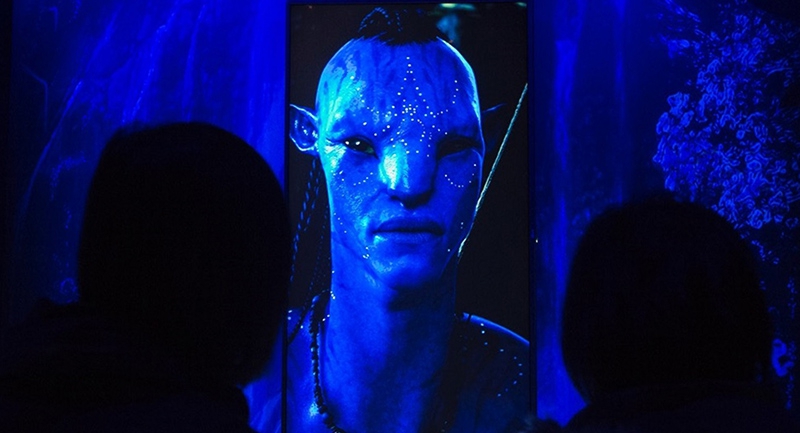 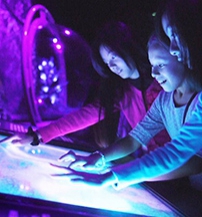 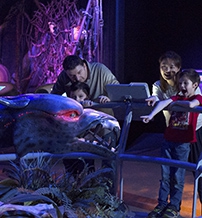 On February 2, AVATAR fans in Budapest will be the first in Europe to have the opportunity to step inside AVATAR: Discover Pandora, the spectacular, state-of-the-art interactive exhibition inspired by James Cameron’s film, when it opens at Andrássy Élményközpont, Budapest, for a limited run.

AVATAR: Discover Pandora captures the phenomenal beauty of the alien world, and brings it back to earth, for a unique look at the many ways Pandora reflects our own planet. In this new entertainment and educational experience, visitors of all ages will be able to explore the scientific and wondrous discoveries found on the world of Pandora. Presenting Pandora as a real place, AVATAR: Discover Pandora will give visitors the opportunity to interact with the exhibition through a series of exciting and engaging immersive environments that highlight Pandora’s diverse flora and fauna, exotic wildlife, and the amazing culture and mythology of its indigenous people, the Na’vi.

Enter an exhibition curated by the Pandoran Research Foundation where you will leave the 21st century behind and step into the 22nd century world of the AVATAR franchise. Learn about space travel and the science behind the discovery of Pandora in the Alpha Centauri solar system. Explore recreations of Pandora’s most compelling environments showcasing its unique plants and animals and what they can teach us about our own planet. Engage in interactive activities based on the culture, language and music of the Na’vi, the nine-foot-plus-tall humanoids who are the indigenous people of Pandora. Experience the jewel-like glow of Pandora’s bioluminescent plants and animals. Interact with banshees, learn to operate an AMP suit, picture yourself as part of the Avatar Program.

GES Events’ creative team worked closely with Lightstorm Entertainment and FoxNext to create an exhibition as authentic and groundbreaking as James Cameron’s remarkable 2009 film AVATAR. The Hungarian event was created with the collaboration of TulipánTündér Production, which has been the organizer of many exhibitions and the biggest stage productions in Hungary. Released in 2009, James Cameron’s AVATAR is the highest-grossing film in motion picture history, with a box office gross of nearly USD 2.8 billion. Mesmerizing all ages across the globe with its otherworldly visuals and groundbreaking special effects, the film quickly became a worldwide phenomenon so popular it will be followed by four sequels, with the first sequel due for release on December 18, 2020. AVATAR was named best picture at the Golden Globe Awards and won numerous Academy Awards®.