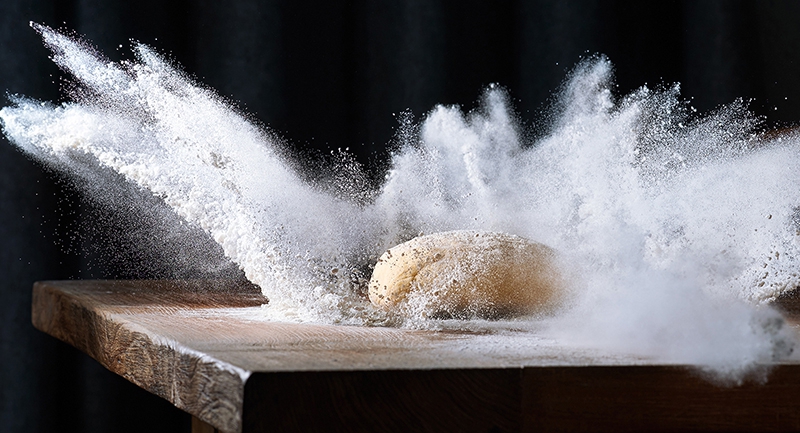 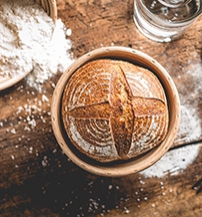 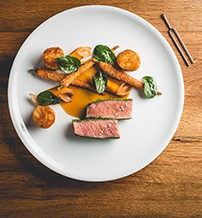 The restaurant’s name, Liszt, is a playful nod to two distinct and crucial elements of its foundation: it refers to Franz Liszt, one of the world’s greatest classical pianists and a renowned Hungarian musician, and its literal meaning of ‘flour,’ an important ingredient in the bread that is baked fresh on the premises.

Bordered by seven countries, Hungary sits in the heart of Central Europe and claims a rich and varied landscape. The historical Hungary was even more colorful with dense forests and mountain ranges, lush vineyards, iconic rivers and mountain springs. This landscape, along with the cultural influences of the region, have served as the inspiration for the restaurant where guests will be transported back to the golden age of Austro-Hungarian Empire when the typical ingredients and flavors of the era will meet with Liszt’s modern kitchen technology and contemporary presentation.

The Aria Hotel Budapest, an award-winning member of the Library Hotel Collection, is inspired by music with four wings dedicated to the genres of Jazz, Contemporary, Opera and Classical music. Guests will find that no two rooms are alike, with each honoring the world’s greatest musical legends from Tchaikovsky to the Rolling Stones. Much like the hotel itself, the menu at Liszt is themed around music.

Liszt’s seasonally-changing, a la carte menu was developed by Executive Chef Gergely Kövér and pastry chef Zsuzsanna Karádi. When creating the dishes for Liszt, chef Gergely researched historic cookbooks and worked with a young historian to gain insight into the gastronomic customs of the Austro-Hungarian Monarchy. This knowledge of the region and its culinary history paired with contemporary cooking techniques and the hotel’s love of music form the core concept for the creative menu. Appetizers are listed as ‘Prelude’ and soups are the ‘Symphony.’ Main courses, known as ‘Concerto,’ feature dishes like fillet of herring, a fish that was once popularly caught in the Danube river before regulations were placed on fishing in these waterways, served alongside a purple potato salad, marinated red onions and mustard seeds. Other traditional entrees include a Hungarian consommé made with four types of meat, and a cured tenderloin partnered with a caramelized onion purée, polenta and a red wine gravy. Menu items are created with fresh ingredients—meats, seasonal vegetables, fruits, fresh bread, dairy products and cheeses—from farms and purveyors across Hungary, Transylvania, the Dalmatian coast and parts of modern-day Ukraine and Slovakia. Staying true to the values of quality food production using traditional ingredients and methods, chef Gergely and the culinary team produce a sourdough made with a base of grape seeds, grape skins and specialty bread flour to develop the restaurant’s own unique recipe…and the inspiration for the menu’s ‘Overture’ course of freshly baked bread and salted butter. The ‘Paraphrase’ of the menu is the in-house filtered water, a reference to the mineral-rich waters that Hungary’s landscape has long been known for. When it comes to the ‘Encore’—or desserts—pastry chef Zsuzsanna Karádi created an original menu including hand-crafted bread crust ice cream, apricot jam, acacia flowers and the crust of Liszt’s special in-house bread.

This gastronomical exploration of Hungarian history enjoys a luxe environment, too. One of Liszt's streetside rooms is designed with turquoise velvet and crystal. Before the opening of the restaurant, this room was visited by some of the world’s biggest musicians, from Lenny Kravitz to Sting to Plácido Domingo; their signatures are etched onto the mirrors hanging on the wall. This special touch connects to the other space of the restaurant, which was conceived by the designer Zoltán Varró, who cites the atmosphere of elegant libraries and cigar rooms as its inspiration. The recognized designer was hired to design Liszt’s regal look, previously having been awarded with the most prestigious award in hospitality design - the Gold Key Award.

Liszt is open seven days a week, from 11.00am to 11.00pm. Apart from the colorful menu, the new restaurant will serve a casual dining option menu throughout the day as well as a kid’s menu to ensure everyone at the table can find something to suit their mood and palate.