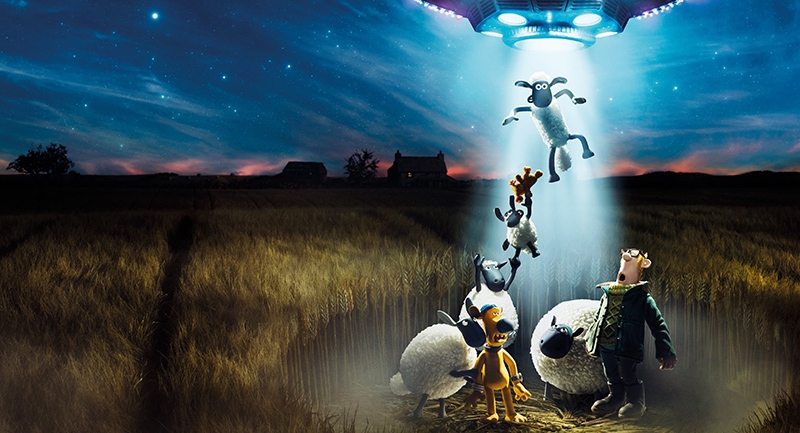 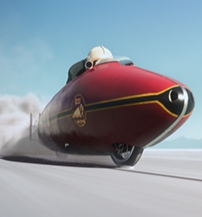 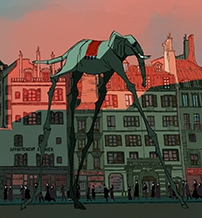 5 days, 5 venues, 55 dazzling programs from the most creative minds all over the world: the 17th Anilogue International Animation Festival opens on November 27. The five festival days deliver the premieres of 13 brand new animated feature films, in addition to 300 short films to be screened at Urania Film Theatre, Art+, the French and Polish Institutes and Magvető Café. This year – for the first time – short animations made for children will compete separately, in 2 categories: 4+ and 8+ refering to the age of the target audience. 99% of the films either speaks in English or has English subtitles.

The fest opens with the Aardman Studio’s Farmageddon, in which an alien crash-lands near Mossy Bottom Farm, and Shaun the Sheep goes on a mission to shepherd the intergalactic visitor home.

There are 5 full-lenght animations in competition this year. In Japaneese Masaaki Yuasa’s love story Ride Your Wave, the young surfer Hinako wants to teach firefighter Minato how to ride the waves. In return, Minato helps her to navigate the waves in her life. Hiroyasu Ishida’s new film, Penguin Highway takes place in a small Japanese town in the summer, where – surprisingly - a raft of penguins arrives. Where have they come from and what are they doing there? The Prince's Voyage from Jean-François Laguionie and Xavier Picard is about an old monkey Prince. Injured and lost, he is found by 12-year-old Tom, and taken in by his parents, a couple of scientists who were banished from their community because they believe in the existence of other monkey civilisations. With Tom's help, the Prince discovers a society he knows nothing about, while Tom’s parents decide to use him to prove that their theory was indeed correct... Spanish Salvador Simo directed Buñuel in the Labyrinth of the Turtles that tells the true story of how Buñuel made his second movie. Paris, 1930: Salvador Dalí and Luis Buñuel are main figures of the Surrealist movement, but Buñuel is left penniless after a scandal surrounding his first film L’Age d’Or. Finally, Zabou Breitman and Eléa Gobbé-Mévellec created The Swallows Of Kabul that is based on a world-famous novel.  Summer 1998, Kabul in ruins is occupied by the Taliban. In love despite the daily violence and misery, Mohsen and Zunaira want to believe in the future. But a senseless act by Mohsen will upset their lives forever.

Gints Zilbalodis’s Away is a unique film! A boy and a little bird are travelling across an island on a motorcycle trying to escape a dark spirit and return home. Made by a single person, the film has received several coveted awards abroad. The Japanese movie DanMachi: Is It Wrong to Try to Pick Up Girls in a Dungeon? - Arrow of the Orion features a dungeon, beneath an impossibly tall tower in the city of Orario. Only adventurers who form partnerships with the gods have any hope of defeating the monsters that lie within. To counter this threat, the goddess Artemis arrives in search of a champion, Bell Cranel, a newbie adventurer partnered with a low-tier goddess. Chris the Swiss is a touching documentary that takes place in Croatia, in 1992. In the midst of the Yugoslav Wars, Chris, a young Swiss journalist is found dead in mysterious circumstances. The director of the film, Anja Kofmel was his cousin. Now a grown-up woman, she decides to investigate his story. Finally, in Happiness Machine, twenty women artists created ten animated films to reflect various aspects of the Common Good Economy, its chances and risks, its theory and practice.